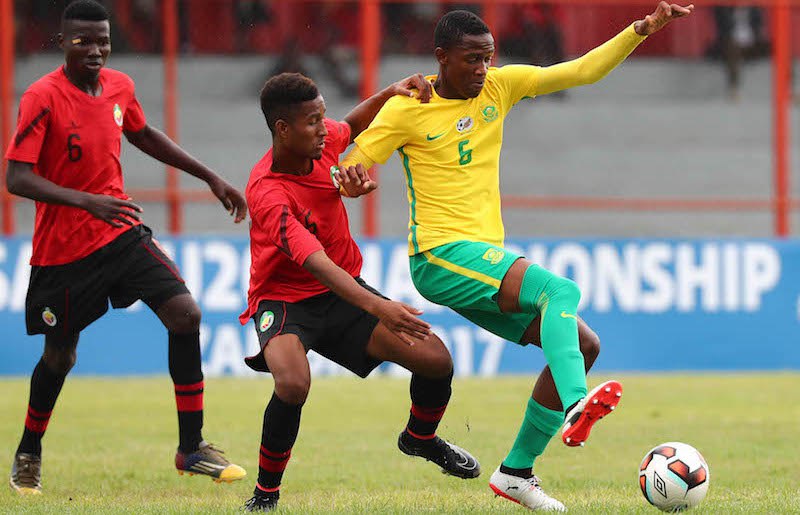 Luvuyo Mkatshana’s first half strike gave South Africa a narrow 1-0 victory over Mozambique in a Group B clash played on Sunday.

The win put Amajita on six points to set up a winner-takes-all showdown against Egypt on Monday.

South Africa created some chances in the first half but Mkatshana’s effort was the only attempt to find the back of the net in 44th minute.

The second half was rather cagey and only one clear-cut opportunity was made in the late stages of the game.

Elsewhere, Egypt secured a comfortable 2-0 victory over Mauritius thanks to a brace from forward Abdelrahman Amr.

The Young Pharaohs controlled possession for the better part of the game and Amr opened the scoring in the 17th minute before Mauritian goalkeeper Jean Georges made two fine stops to deny Roshdi Ashraf, and later Amr from close-range.

Amr completed his double deep in the second half to seal the victory.

Namibia, who are leading the group will face Lesotho in the first match of the day while
Zimbabwe will seek to give their semifinal hopes a boost when they clash with Angola in the closing encounter.