Khama Needs To Help Himself: Peter 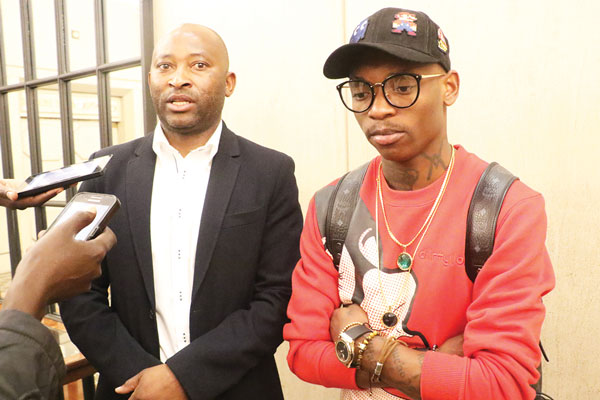 Mamelodi Sundowns manager Peter Ndlovu says star forward Khama Billiat needs to lift up his game after it took a slump in the last month because of off-field distractions.

Billiat is certain to leave Sundowns at the expiry of his contract at the end of the season and has failed to agree with the club on a new deal.

However Ndlovu believes despite the contractual dispute, Billiat should not allow his game to suffer as this has effects on his career.

“I have set down with Khama, he is my boy. I have told him that in football there are a lot of things that he should look out for which can affect his career, how to handle pressures, jealousy, women and so forth. He knows what to do and I expect him to make the right decision,” said Ndlovu.

The former national team skipper who is dubbed the greatest Warrior of all times also lamented the failure by the current crop of players to reach their potential and take the thunder from the yesteryear players.

“I told these players that it’s not fair on them when up to now people are still saying Peter Peter, they should be saying Khama Khama. Somebody should take over , the problem is that most of these players disappear after just showing some promises and can’t continue. I try to give advice not only to those players plying in South Africa but even those in England,” added Ndlovu.

Billiat who won everything on offer in the South African league including the player of the season after guiding the club to a league title and the African champions league, had a subdued campaign so far this season in which he has failed to rekindle his past form.

The Zimbabwean has been linked with both Soweto giants Kaizer Chiefs and Orlando Pirates as well as Cape Town City which prices away another former Mamelodi Sundowns star Teko Modise.

Khama is believed to be pushing for a better offer from Sundowns which should put him in line with some of the best paid stars in the league. The Aces Youth academy product is believed to be grossing around R135 000 while some of the top earners like Itumeleng Khune of Chiefs are at R480 000 per month.

Khama Needs To Help Himself: Peter