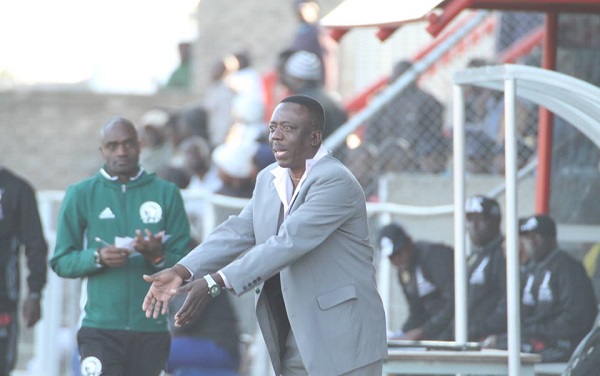 Two of Highlanders’ most successful former ‘sons’ Rahman Gumbo and Madinda Ndlovu are on the verge of returning to lead the club as the executive is seeking a fresh start next season.

Acting club chairman Modern Ngwenya  revealed that Highlanders were negotiating with all their former sons, including Ndlovu and Gumbo.

Ngwenya also said How Mine assistant coach Bekhithemba Ndlovu and former assistant coach Amin Soma Phiri who was forced to resign on allegations of sabotaging outgoing coach Erol Akbay are some of the coaches who are under consideration.

“At the moment they are just rumours and speculations but the truth of the matter is that we are still talking to some of our sons. We made it clear that we are going to appoint a former Highlanders son who will produce players with a Highlanders DNA,” said Ngwenya.

“We want to go back to the drawing board and promote people who really understand the Bosso culture. We want a coach who knows how it is to don the black and white jersey. We have Madinda and Rahman whom we are heavily engaging so that they can rebuild the team.”

Ndlovu who has won a number of medals in Botswana before is the front runner to succeed  Akbay  who quit at the end of the season. Ndlovu is reported to have agreed some terms with the club. Gumbo on the other hand will be a free agent soon as his contract with Chicken Inn is coming to an end at the at the end of this month.

Meanwhile, Ndlovu laid the foundation for the team that went on to win four consecutive titles from 1998 to 2002 after promoting the likes of Thulani ‘ Biya’ Ncube, Siza Khoza, Zenzo Moyo among others.