Pirates set to snap up Mahachi 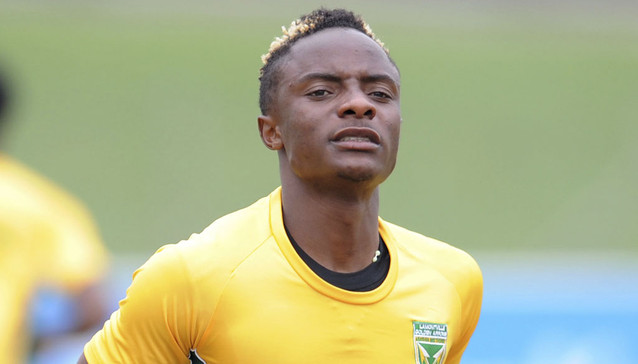 Forward Kudakwashe Mahachi has been linked with a move to Orlando Pirates next season.

According to IOL, Mahachi will join the Soweto Giants after the current campaign as part of Oupa Manyisa’s deal.

Manyisa joined Sundowns from Pirates at the start of the season.

“Mahachi is going to Pirates next season. It is a done deal. Both clubs have agreed. He was part of Oupa Manyisa’s deal. He won’t be playing at Arrows or Sundowns come next season.  Pirates has been after his services for a while now,” an unnamed source revealed to the news website.

The speedy left winger has been on loan at Golden Arrows from Sundowns for the past two seasons.

However, Sundowns spokesperson Thulani Thuswa declined to comment on the matter.

Pirates spokeperson Thandi Merafe made it clear that they will not be making any comment on the transfer matters.

“Our focus is on our last match against Free State Stars. We don’t want to disrupt that. At this stage we will not be making any comments on the transfer matters until the window is opened, ” Merafe stated.

Pirates set to snap up Mahachi