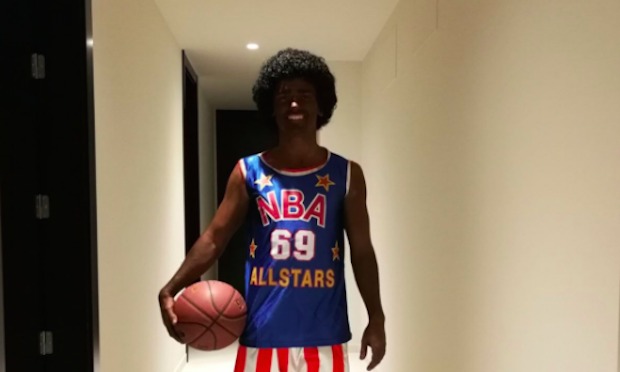 French star striker Antoine Griezmann ﻿posted a photo and video of himself Sunday in a full-body blackface costume of an NBA All-Star player, ‘fro and all.

As you might imagine, the backlash was fast and furious … and he eventually took down the controversial posts. He also apologized in his native tongue on Twitter, which translates to something like … “I admit this is awkward on my part. If I hurt some people, I apologize.”.

— Antoine Griezmann (@AntoGriezmann) December 17, 2017
No word yet from Atletico brass on their player’s racially insensitive costume.