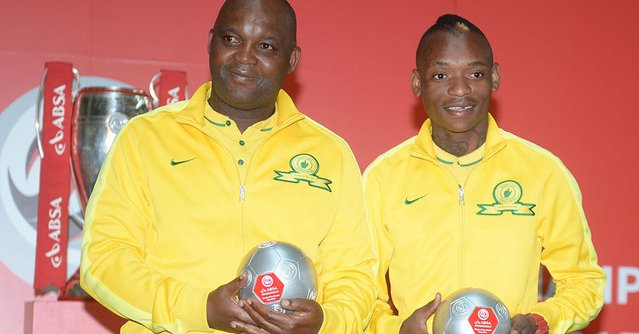 Billiat is left with six months on his contract and has been linked with several clubs in the ABSA Premiership and abroad.

In a post-match interview with SuperSport TV on Tuesday, the coach said he wants the forward to renew his contract.

“We are uncertain with others like Khama Billiat who is the only one we have not sat down with. Themba Zwane has renewed his contract, it’s just that we don’t want to talk about it. Tiyani Mabunda has renewed and Bangaly Soumahoro will renew tomorrow I think,” said Mosimane.

“It is a story of Mesut Ozil, it is the story of Alexis Sanchez. It is the way it is and we are open about it. We want Khama to stay, we want him to renew his contract, but it is all up to him and he is not playing that well here. How many games has he played this year, four-five? Hopefully, he stays, we’d love him to stay but if he decides to go, it’s up to him.

“When you’re in a contract like that, you have the power. We had to release Leo (Leonardo Castro who joined Kaizer Chiefs).”