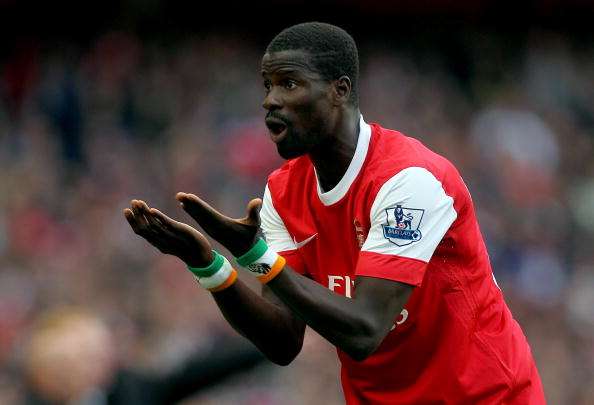 Former Arsenal defender Emmanuel Eboue says he would be grateful if he gets financial assistance from his former club.

The 34-year-old Ivorian used to make millions in the Premier League and then more than £1.5million a year at Turkish side Galatasaray but is now struggling after he lost a divorce battle that left his wife Aurelie with all of their assets.

In an interview with the Sunday Mirror, Eboue revealed his struggles and said he would accept help from anywhere.

“It is very hard. Sometimes I shut off the lights because I don’t want people to know that I am inside,” he said.

“I would accept help from anywhere but if my previous club that I spent time at wants to help me then I would be very, very happy. Maybe I could go and work there to help the young players.”

Eboue played for Arsenal for seven years before moving to Galatasaray in 2011.

He has represented Ivory Coast 79 times, scoring three goals in his international career and playing at the World Cup. The defender was also part of the squad that reached the 2012 Africa Cup of Nations Final.