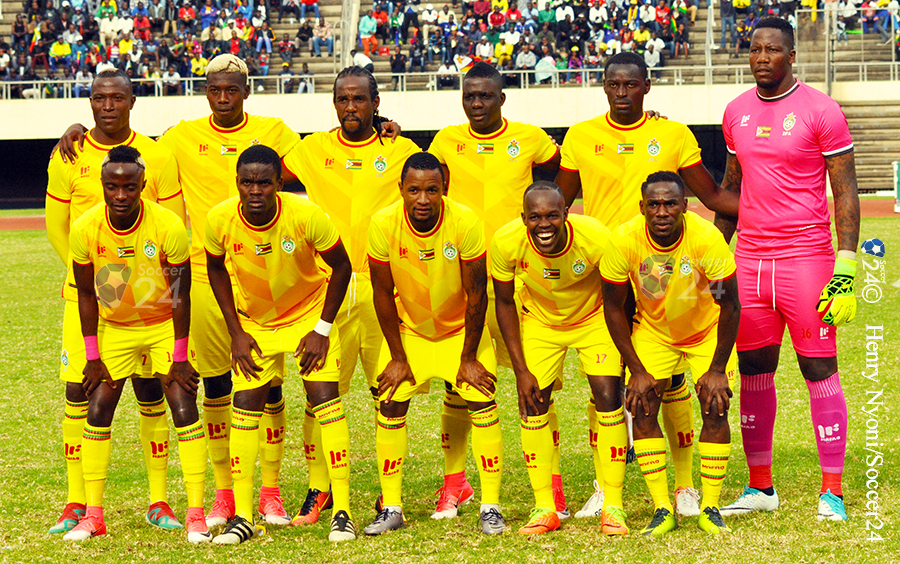 The year 2017 has been eventful in local football scene, and Soccer24 have compiled all the best, sad and shocking moments.

Here are the major highlights of 2017.

January
The year started with a feeling of great excitement across the nation when the Warriors returned to the Africa Cup of Nations for the first time in 12 years. The boys kicked off their campaign with a 2-2 draw against Algeria on 15 January. They failed to reach the knockout stages after losing their remaining group matches.

February
The month of February was one of the most eventful months in 2017. It began when the Zimbabwe Football Association (ZIFA) sacked the Warriors head coach, Callisto Pasuwa on the 8th of February, following recommendations from ZIFA’s High-Performance Committee.

A few days later, CAPS United started their CAF Champions League journey with a 2-1 aggregate win over Lioli of Lesotho in the preliminary round. The Green Machine drew 0-0 in their first leg played in Maseru before they beat their opponents 2-1 at home a week a later. Simba Nhivi and Ronald Chitiyo scored the goals.

Then the biggest show happened on February 24, when FIFA president, Gianni Infantino together with several other senior football officials jetted in the country to celebrate ZIFA president Philip Chiyangwa’s birthday. During his maiden visit, Infantino pledged to support a government-coordinated ZIFA project which will see 8000 clubs across the country get access to FIFA’s annual financial grants.

March
A rare revolution in African football happened during this month. Chiyangwa headed the campaign to block Cameroon’s Issa Hayatou from getting re-elected as boss of CAF and get Madagascar’s Ahmad Ahmad elected in his place. Hayatou was at the helm of CAF since 1988. Many people believe Chiyangwa’s birthday bash which was attended by several top football officials in February was the final straw in the decision that led to the end of Hayatou’s 29-year-old grip on power.

April
The 2017 Castle Lager Premier Soccer League season kicked off on the 1st of April. Newcomers, Yadah FC, played in their first ever premier league game against Harare City.

May
During the first week of the month, Chiyangwa was appointed Confederation of African Football (CAF) deputy president to take charge of the CAF competitions.

Dynamos’ Christian Epoupa scored what many people regard as the most controversial goal of the 2017 Castle Lager Premier Soccer League season. The goal was scored in a match against Highlanders at Barbourfields Stadium, and Bosso fans were unhappy with Epoupa’s equaliser which they still argue it was offside. The referee called off the match in the 42nd minute following crowd trouble.

July
The Warriors set a new record when they clinched the COSAFA Castle Cup for the fifth time after beating Zambia 3-1 in the final. The victory saw Sunday Chidzambwa becoming the first coach to win a third COSAFA Cup title.

However, a week later after the COSAFA triumph, Zimbabwe performed dismally in the CHAN 2018 qualifiers against Namibia and was knocked out in the first round.

August
Ex-Highlanders coach Erol Akbay pulled a shocker when revealed in a press conference that he was going to leave the club at the end of the season. The club’s executive was surprised with his announcement since the coach never approached them regarding the issue.

During the month, ex-ZPC Kariba coach also announced that he was going to quit after failing to win anything since joining the club in 2015.

The country then successfully hosted the 2017 COSAFA Women Championships in Bulawayo from 13 and 24 September. The Mighty Warriors finished second after losing 2-1 to South Africa in the final. Rutendo Makore won the tournament’s golden boot award while Chido Dzingirai was named best goalkeeper.

November
The British quartet of Tendayi Darikwa, Admiral Muskwe, Macauley Bonne and Kundai Benyu arrived in the country ahead of two international friendlies against Lesotho and Namibia.

In the same week, Prophet Walter Magaya sparked a debate when he featured in an exhibition match between Warriors Legends and Barcelona Legends played at National Sports Stadium.

Harare City were crowned winners of the 2017 Chibuku Super Cup after beating How Mine 3-1 in the final. Then FC Platinum rounded up the month when they became the first team based outside Harare and Bulawayo to win the league championship in 61 years.

ZIFA cancelled the friendly match between Zimbabwe and Zambia due to the non-availability of venue.