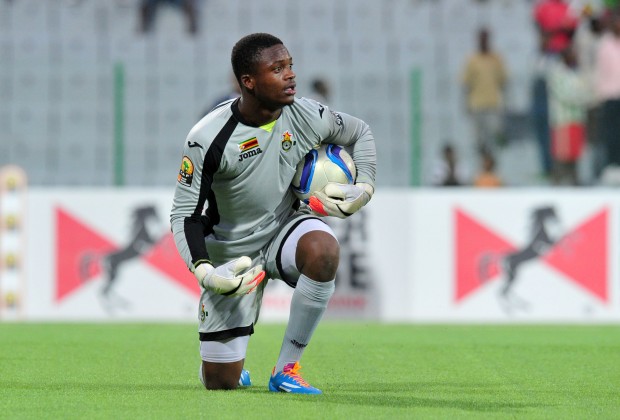 Zimbabwe International goalkeeper Tatenda Mukuruva is facing an uncertain future with his Capetown City Coach Bennie McCathy on the look-out for a new No 1.

The Zimbabwean has been a virtual ever-present for Capetown City since his arrival at the start of the 2017 season.

Mukuruva has been second choice goalkeeper to Shu-Aib Walters and is yet to feature in any ABSA Premiership match, only managing one appearance in a Cup competition.

McCathy is on the look out for a new shot-stopper of the calibre of Brilliant Khuzwayo in-goal a situation likely to push Mukuruva further down the pecking order.

The Former Dynamos goalminder who appeared to have a bright future ahead of him has subsequently lost his commanding jersey in the Zimbabwe National team set up.

Despite the uncertainty , the youngster has maintained a cool head saying he will wait for his opportunity to come while working extra hard.