Chideu on target in Arrows’ defeat 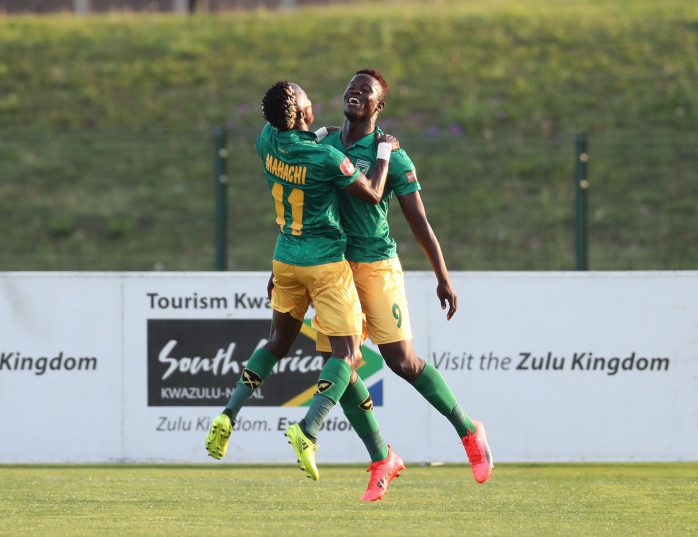 Thomas Chideu scored a consolation in Golden Arrows’ 2-1 away defeat to Bloemfontein Celtic on Sunday afternoon.

The striker came off the bench in the 62nd minute when he replaced Lerato Lamola. It didn’t take long for him to found the back of the net when he scored from a short range after Knox Mutizwa set him up in the 69th minute.

He had his effort saved by the goalkeeper a few moments before.

Chideu’s introduction brought some difference as Arrows started to pick up momentum.

However, they failed to found an equaliser after fulltime.

Meanwhile, Kudakwashe Mahachi and Knox Mutizwa started for the visitors. Ronald Pfumbidzai, on the other hand, played the whole ninety minutes for Celtic.

Chideu on target in Arrows’ defeat