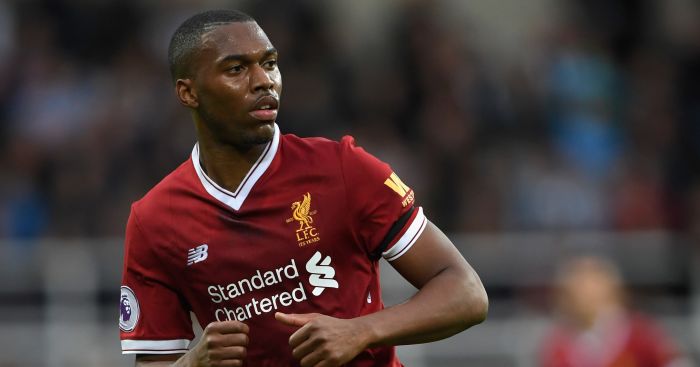 English Premier League
Arsenal are to hold talks with Bordeaux winger Malcom’s representatives on Wednesday in their search for a replacement for Alexis Sanchez, claims Gianluca Di Marzio.

Liverpool striker Daniel Sturridge is keen to join Inter on loan for the rest of the season, reports Tuttosport. Sturridge has struggled for regular starts this season and is keen to be playing more football ahead of the World Cup in Russia in the summer.

Raheem Sterling is set for a new Manchester City contract worth in excess of £250,000 a week, reports The Guardian. Sterling’s current deals expires in 2020 and he earns a basic £170,000 a week, with City keen to reward the England international with a bumper new deal.

La Liga
Real Madrid are set to step up their efforts to sign Liverpool forward Mohamed Salah, according to Gianluca Di Marzio . The Egypt international has been a revelation for the Reds since moving to Anfield in the summer, scoring 23 goals in all competitions in the opening months of the campaign.

Chinese Super League side Guangzhou Evergrande have made a massive £84 million offer for Real Madrid winger Gareth Bale, according to Don Balon .

Arsenal are interested in signing Barcelona midfielder Rafinha, according to Catalunya Radio. Rafinha is looking to leave Barca in January in search of regular first-team football, and he is a target for Celta Vigo and Inter Milan.

Francis Coquelin is set to complete a £10.5 million move to Valencia from Arsenal, according to Goal.

Bayern Munich
Arturo Vidal says he is focused on winning silverware with Bayern Munich this season and is ignoring reported interest from Chelsea. The Premier League champions have been linked with a €37million bid for the midfielder, who worked with Blues boss Antonio Conte at Juventus.

South Africa
Kaizer Chiefs are believed to be considering sending Edmore Chirambadare on loan for the second half of the season, Soccer Laduma reports.

Azerbaijani football club Qarabag and Chinese League one side Hangzhou Greentown have reached an agreement for the transfer of South African attacker Dino Ndlovu, according to Goal.

Mamelodi Sundowns goalkeeper Thela Ngobeni has handed a transfer request to the club, indicating that he is unhappy with the treatment he has received since returning to the Brazilians during the July/August transfer window last year, according to Soccer Laduma.