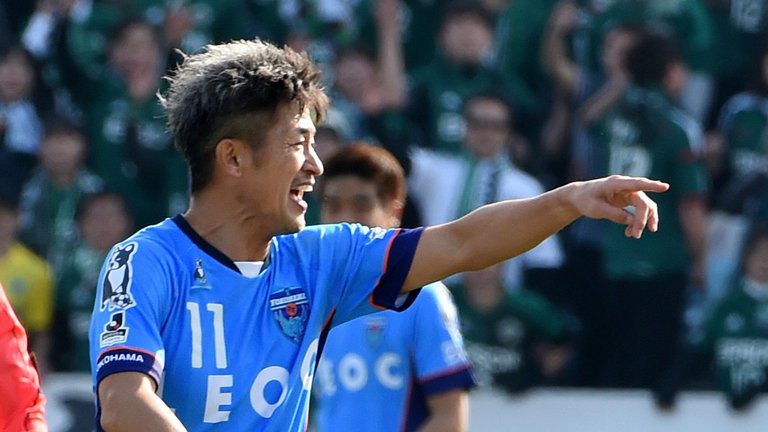 Miura, who will turn 51 on February 26, will enter his 33rd season this year.

He played in 12 league games last year and scored one goal, breaking his own record as the J-League’s oldest scorer.

Nicknamed “King Kazu”, Miura played for Brazilian club Santos and in Italy with Genoa earlier in his career. He represented Japan’s national team 89 times, scoring 55 goals but was controversially left out of Japan’s 1998 World Cup squad, despite netting 14 goals as the country qualified for the first time.

The striker was also named Asian Player of the Year in 1993.