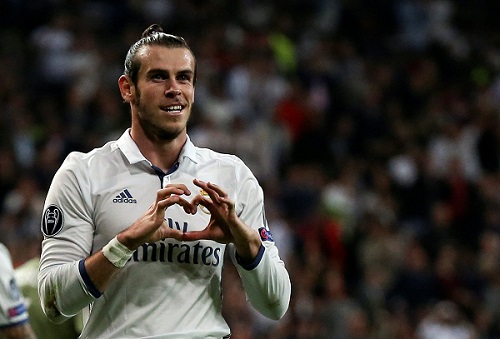 Sevilla have not made an official approach to sign Liverpool striker Daniel Sturridge on loan, reports Sky Sports News.

Despite transfer talk surrounding Juan Mata and a possible return to Valencia, the Manchester United midfielder has no intention of leaving Old Trafford, according to Superdeporte.

After pulling out of the race for Thomas Lemar, Liverpool have turned their attention to U.S. international Christian Pulisic, according to the Daily Star. The Reds moved away from Monaco’s Lemar due to his £100 million price tag, but they believe Pulisic has a similar skill set.

Kevin De Bruyne’s outstanding form is about to be rewarded with a lucrative new Manchester City deal, reports BBC Sport. His current deal expires in June 2021, and City are keen to extend it for a further three years.

Despite Stoke City manager Paul Lambert telling Chelsea that Peter Crouch is not for sale, a deal for the striker could still happen, reports The Independent. Crouch is believed to be keen for the switch to happen, and if the right offer comes along and Stoke can find a replacement, the 36-year-old will be allowed to leave.

La Liga
Kepa Arrizabalaga has brought to an end to rumours linking him with Real Madrid by committing to a new contract with Athletic Bilbao which includes an €80 million release clause. The fresh terms will keep the highly-rated goalkeeper at his current club until 2025.​

Bundesliga
Arsenal chief executive Ivan Gazidis and club officials remain in Germany in hope of securing a deal for Pierre Emerick-Aubameyang. A source close to negotiations told Sky Sports that Borussia Dortmund are interested in signing Olivier Giroud this month as part of Aubameyang deal.

France
Bordeaux and their new manager Gus Poyet have ruled out winger Malcom leaving the club in January. The 20-year-old Brazilian is a reported target for Arsenal and Tottenham, but Les Girondins, who appointed former Brighton and Sunderland manager Poyet on Saturday, are standing firm.

South Africa
Mamelodi Sundowns forward Yannick Zakri joined Ajax Cape Town on loan. The Ivorian will spend the rest of the season on loan at the Urban Warriors.

Mamelodi Sundowns defender Thabo Nthethe has been linked with a move to Johannesburg rivals Orlando Pirates, according to Goal.