Video: Zim player suspended after slapping an opponent during a match 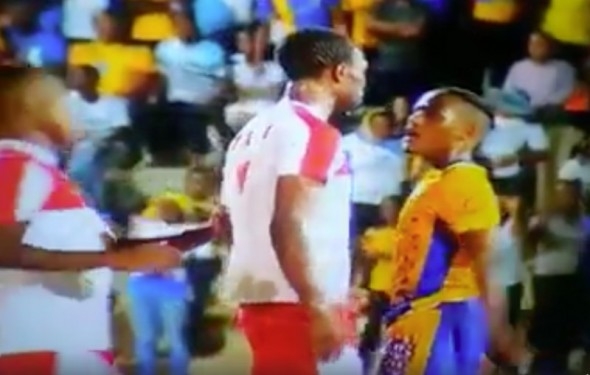 Tafic FC defender Samuel Phiri has been suspended by the Botswana Football Association after he slapped another player during a league game played last week.

The Zimbabwean says he lost his tamper after Township Rollers’ Edwin Moalosi insulted his parents and called him a mokwerekwere, a derogatory word referring to a foreigner.

Phiri is suspended until further notice together with his coach Rapelang Tsatsilebe and two other Rollers players.

Here is the video of Samuel Phiri slapping Edwin Moalosi during a league match.