Chelsea have confirmed Olivier Giroud has joined the club from Arsenal 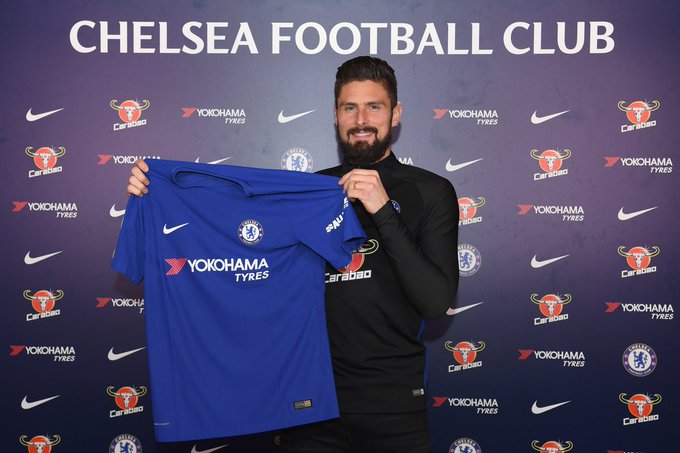 Olivier Giroud has joined Chelsea from Arsenal after the clubs agreed a deal worth £18 million for the 31-year-old forward.

The transfer deadline day deal between the Premier League rivals was confirmed the day after the France international came on as a substitute during Arsenal’s 3-1 defeat to Swansea City at Liberty Stadium on Tuesday night.

Giroud verbally agreed personal terms with the Premier League champions on Tuesday, though needed to complete a medical before finally signing for the west London club.

The Giroud deal triggered the release of Michy Batshuayi with Borussia Dortmund ready to take the Belgium international forward on loan until the end of the season.