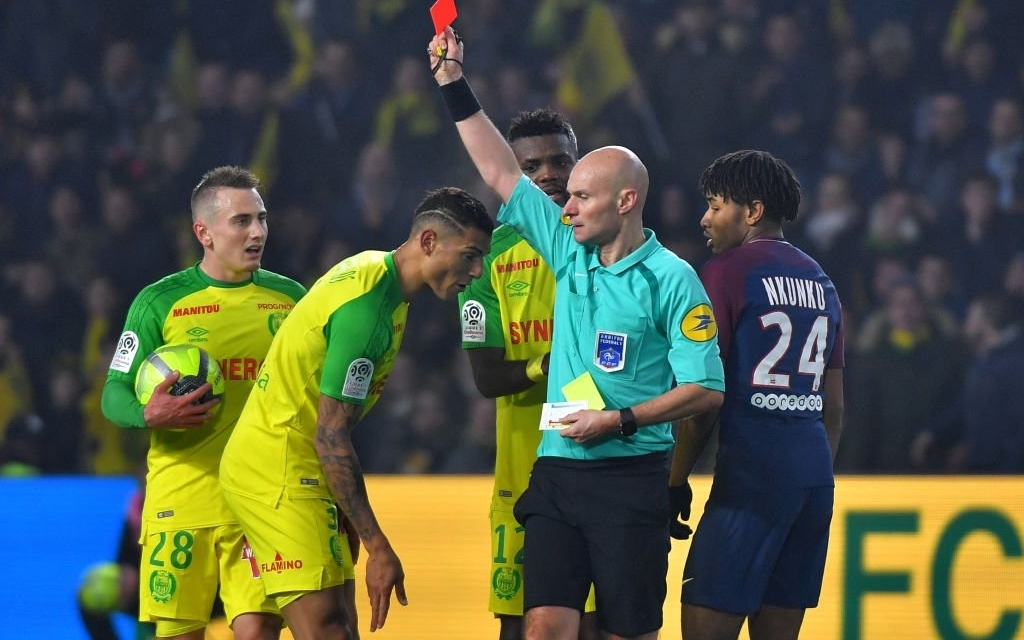 The French Football Federation has banned referee Tony Chapron for three months after he kicked a player during a league match.

The federation announced the decision on Thursday night, giving him a six-month ban with three months suspended.

Chapron was summoned by French league officials to a disciplinary hearing following the incident, when he kicked Nantes defender Diego Carlos before sending him off.

The bizarre incident happened in the last minutes of Paris Saint-Germain’s 1-0 win at Nantes. Carlos was running behind Chapron near the halfway line, and trying to catch up with play, when he inadvertently clipped the referee’s heels.

Chapron rolled forward onto the turf then swiped his right leg at Carlos. Chapron later acknowledged that Carlos inadvertently knocked him over and apologized.