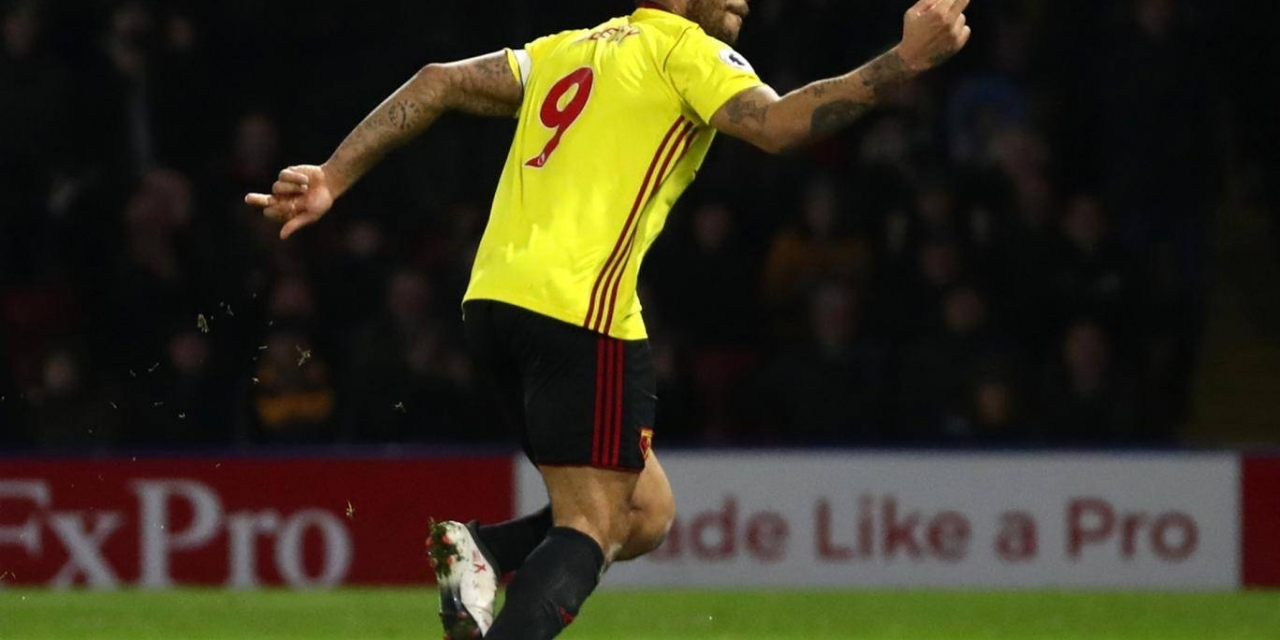 Watford’s Troy Deeney could be hit with a four-match ban after celebrating scoring the opening goal against Chelsea on Monday night by raising his middle fingers.

The 29-year-old was jeered prior to taking the penalty by the visiting fans and immediately held up his fingers in their direction as he sprinted away in celebration.

The English FA is now awaiting referee Mike Dean’s report to ascertain whether he saw the incident before any decision is made. If found guilty, Deeney faces a four-game ban, which would bring his total of missed games through suspension this season to 11.

He served a three-match ban in October for violent conduct after grabbing the face of Stoke’s Joe Allen and was also handed a four-game ban before the Christmas schedule after being dismissed for a challenge on Collin Quaner during a 4-1 defeat by Huddersfield on December 16.

Meanwhile, the striker has claimed his actions were a response to the transfer speculation last month and wanted to remind people he was still around.