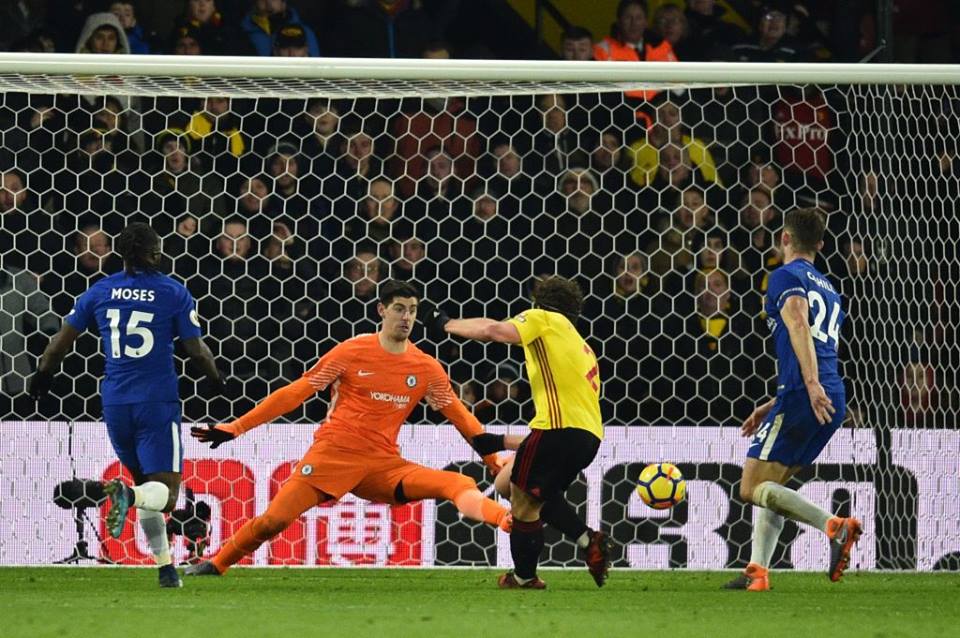 Antonio Conte’s future as Chelsea boss was cast into further doubt as his 10 men were thrashed 4-1 by Watford on Monday night.

The Blues, who lost 3-0 at home to Bournemouth last week, were poor again at Vicarage Road and had Tiemoue Bakayoko sent off on the half hour mark.

Troy Deeney scored a penalty in the closing stages of the first half but Chelsea stayed in the contest and equalised through a magnificent Eden Hazard goal eight minutes before full time.

The visitors were not level for long, however, as Daryl Janmaat scored two minutes later to put Watford back in front. Gerard Deulofeu, who had an outstanding perfomance on his home debut, added another oner in the 88th minute before substitute Roberto Pereyra sealed the emphatic win with a goal in the additional time.

Chelsea remain on the fourth position but are now one point behind Liverpool while Watford are number 11.