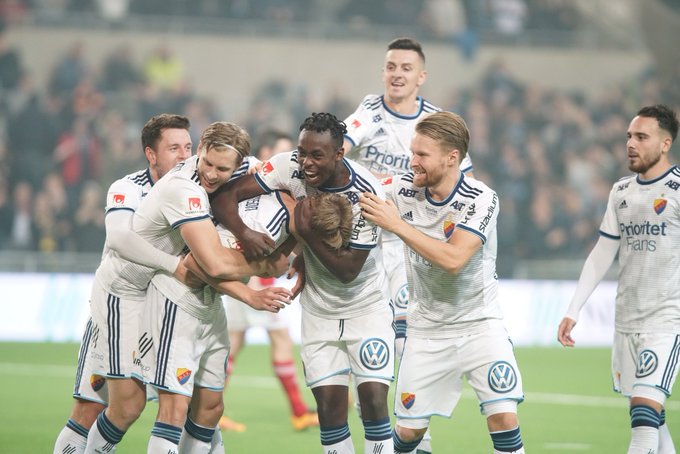 Young Zimbabwe International forward, Tinotenda Kadewere , has continued his impressive form after returning to his club, Djugardens of Sweden.

Kadewere who netted in his first game for Djugardens in a pre season friendly, also scored twice last night to help his side win 6-0 against Degerfors in Svenska Cup group stage match.

Kadewere opened his scoring for Djugardens in the 51at minute with the side’s fourth goal after Haris Radetinac, Kerim Mrabt and Jonathan had raced the team to a 3-0 lead on 47 minutes.

And in the 54th minute, Kadewere scored his second goal before Haris Radetinac also completed his brace to ensure a rout.

He is expected to spearhead Djugardens attack as the new League is scheduled to start in a fortnight.