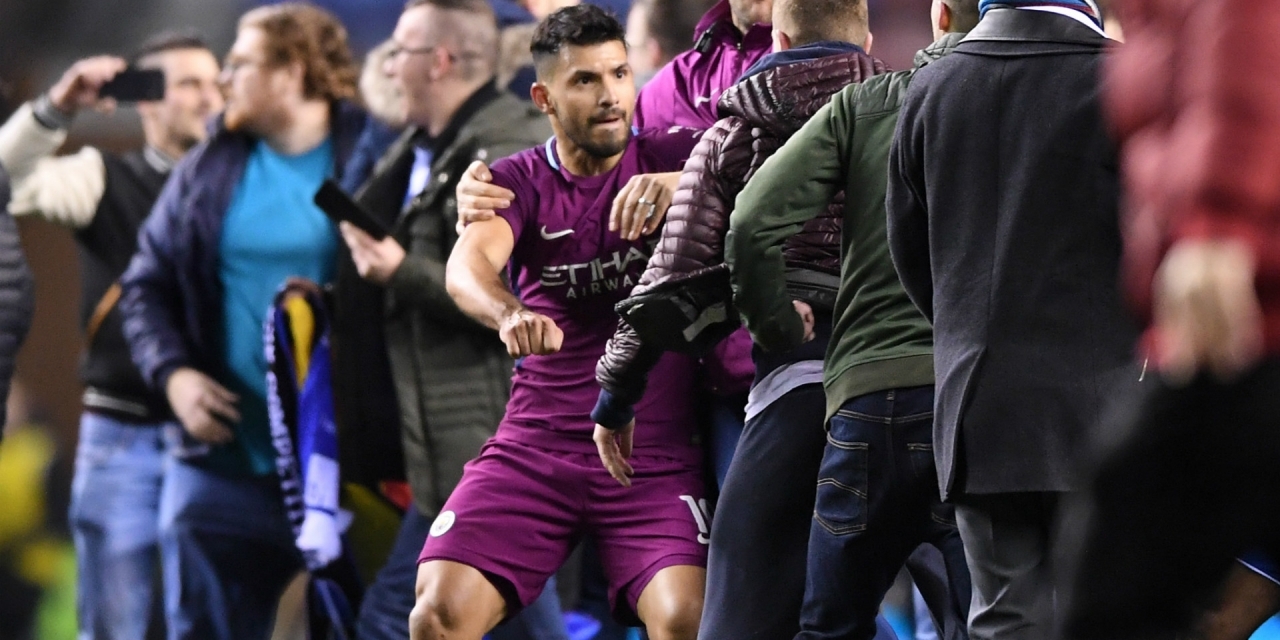 Sergio Aguero was involved in a post-game clash with a fan which involved a shove and a shouting match following Manchester City’s shock 1-0 FA Cup loss to Wigan Athletic.

Following the victory for the League One outfit, the DW Stadium faithful rushed onto the field to celebrate their club’s monumental upset.

One of those fans made contact with Aguero, who shoved him off, though the Argentine needed to be restrained as he engaged in a shouting match with the fan, with multiple coaches, players and supporters coming between them.