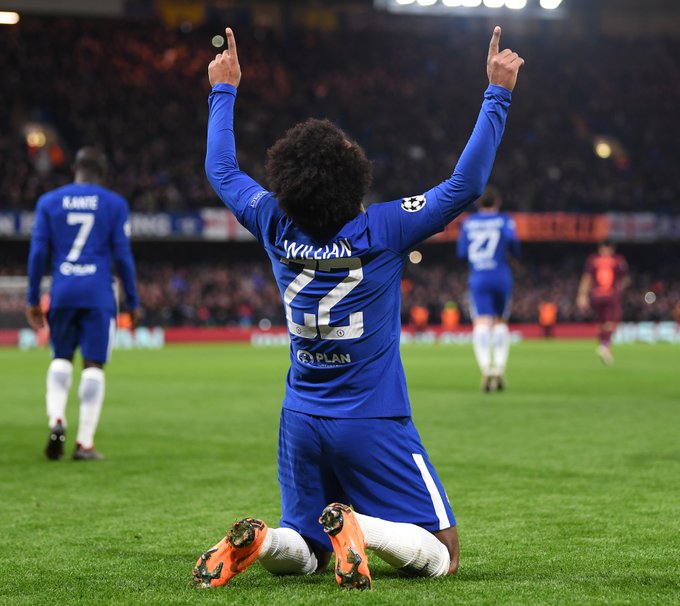 Chelsea midfielder Willian is good friends with former manager Jose Mourinho but will be focused solely on winning when he faces the Portuguese boss’ Manchester United team in the Premier League on Sunday.

The Brazil international joined Chelsea in 2013 under Mourinho, who was sacked two years later before taking over at United in 2016.

“He (Mourinho) is my friend. I had a great time with him, but I am at Chelsea and he is now at Manchester United,” Willian told British media.

“They are difficult games. It is totally different to play in the Premier League to the Champions League. I think we can stay at this level and we can go to Old Trafford on Sunday and play another great game.”

Chelsea drew 1-1 with Barcelona in the first leg of their Champions League last-16 tie on Tuesday and Willian believes his team mates must emulate their performance if they are to beat United and leaders Manchester City.

Following the trip to Old Trafford, Chelsea face City and Crystal Palace before the return leg against Barcelona on March 14.