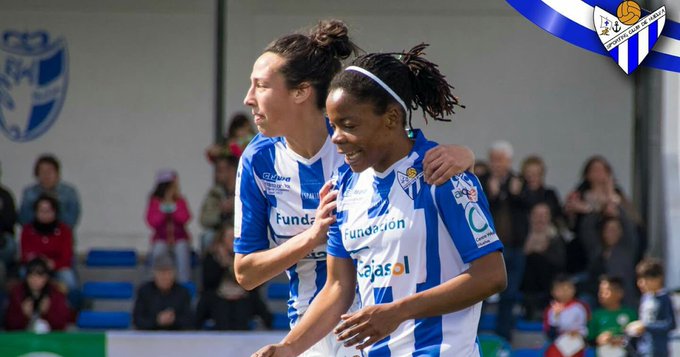 Spanish based Mighty Warriors striker, Rutendo Makore finally broke her goal’s drought in the Spanish Feminina as she scored twice for Sporting De Huelva in their 4-2 defeat to Atletico Madrid.

Makore who came off the bench with side already trailing three nil. Madzimai’s first goal came 11 minutes on before adding her second in the 84th minute.

Though she did show a lot of energy and found herself in several goal scoring positions the comeback proved elusive as the ended eventually 4-2 losers.