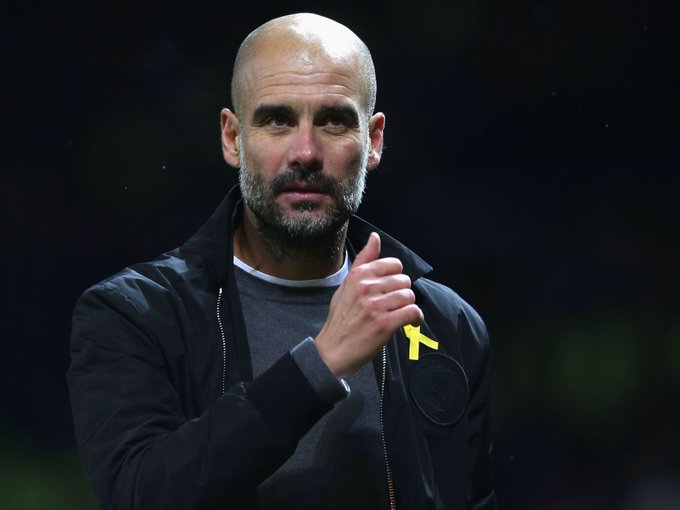 Manchester City manager Pep Guardiola will stop wearing a yellow protest ribbon if the Premier League-leading club’s officials ask him to or if it adversely affects the team’s form.

The Football Association (FA) have charged Guardiola for wearing the ribbon during league and domestic cup matches this campaign and the 47-year-old has until Monday to respond.

The ribbon, worn in protest against the imprisonment of pro-independence politicians in Guardiola’s native Catalonia, was also deemed to break the FA’s kit and advertising rules.

“Yeah, of course. It’s more important what is happening with the team and the club than my personal opinion,”

Guardiola told reporters on Wednesday.
“I think it’s not going to happen but if they ask that, I am going to accept that. They are the bosses…

“But my personal opinion is not a political opinion. When men and women put on a red (pink) ribbon it’s because of the support for the breast cancer initiative.

“The same as when I wear the prostate cancer badge. The idea is the same… Of course, I don’t want to damage my team or club.”

Guardiola could face further charges as the ribbon was again on display during the League Cup final victory over Arsenal on Sunday.