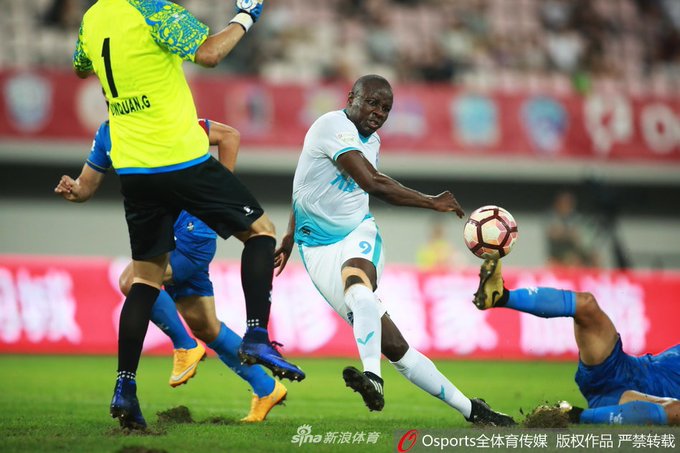 Nyasha Mushekwi does not make Dalian Yifang’s squad to face Shanghai SIPG FC in the Chinese opening league match amid rumours linking player with a moves away.

The Chinese side after purchasing Jose Fonte, Yannick Carrasco and Nicolas Gaitan appeared to be on the path to letting go the Zimbabwean. However Dalian Yifang wind up their spending with Fernando Torres not willing to join meaning Nyasha Mushekwi who scored 16 goals for Dalian Yifang last season would stay.

Mushekwi has been mooted as potential makeweight in a deal for the Atletico Madrid players, though the prospect of the Zimbabwean being on the verge of a transfer seems unlikely given that he was mooted as a starter until game time that his name did not appear anyway on the team card.

The match is Dalian Yifang’s first outing in the Chinese Super league, Mushekwi was a regular during the preseason preparations were he scored twice.