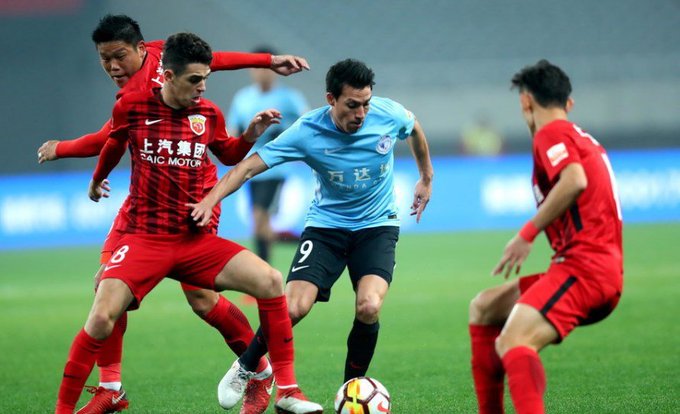 Mushekwi who was the team’s leading scoring in their last season 2nd tier Championship was not in the matchday’s squad amid speculation he is on his way out.

Dalian soent huge sums signing Jose Fonte, Yannick Carrasco and Nicolas Gaitan who all made their debuts for Dalian Yifang , today. They lost 8-0.

Oscar scored the opening-goal within one min after the kickoff. Wu Lei and him both made a hat-trick. A nightmarish debut for the triple Jose Fonte, Yannick Carrasco and Nicolas Gaitan, all of whom started in this debacle.

It remains to be seen after today’s result if Dalian Yifang will let Mushekwi go or will keep him for variations in attack.