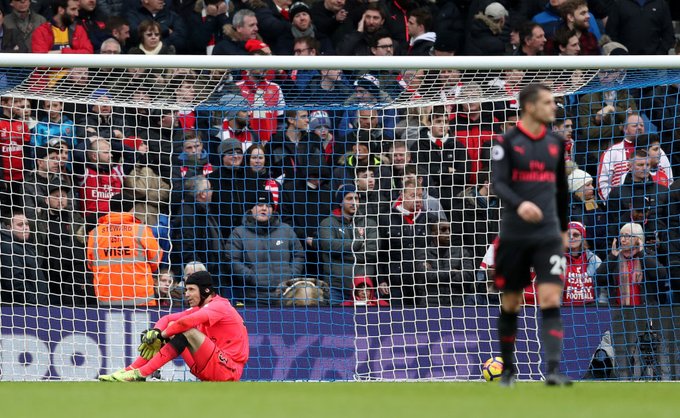 Arsene Wenger has suffered a further setback as Arsenal manager with the Gunners succumbing to a 2-1 defeat at Brighton & Hove Albion in Sunday’s clash at the Amex Stadium.

Goals from Lewis Dunk and Glenn Murray gave Brighton a two-goal advantage and although Pierre-Emerick Aubameyang halved the deficit before half time, Arsenal were unable to force an equaliser after the break.

The Gunners – who have now suffered four successive defeats in all competitions – remain eight points adrift of fifth-placed Chelsea, but Brighton have moved into the top half of the standings with their third top-flight win in a row.