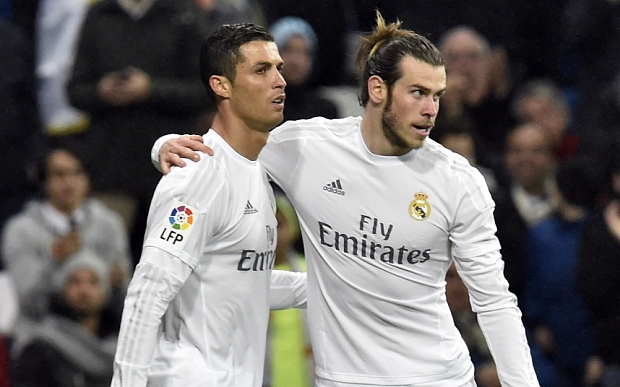 Ronaldo became only the second player ever to score 300 goals in La Liga as his double fired Real Madrid to a 3-1 victory over 10-man Getafe on Saturday.

The Portuguese followed Lionel Messi in hitting his 300th and 301st goals after just 286 matches in the Spanish top flight. Messi needed 334 to reach the same mark.

His last night brace came after Bale had opened the scoring in the 24th minute. Getafe got its consolation through Francisco Portillo who converted a penalty in the second half.

The result has allowed Zinedine Zidane’s side to move to within seven points of second-placed Atletico Madrid in the table while Getafe stay down in 10th position.

Meanwhile, Bale now holds the record for the most appearances in a La Liga game by a British player. Beckham played 116 times for Real in the league, scoring 13 times and providing 33 assists from midfield.

Bale’s start against Getafe took his La Liga tally to 117 games with 61 goals and 39 assists.