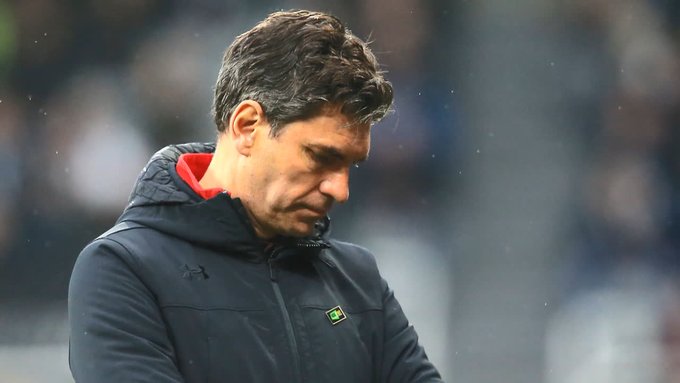 Southampton have announced the sacking of manager Mauricio Pellegrino .
The Argentine was only appointed by the coastal club last summer following Claude Puel ‘s departure.

However, a run of just five wins in 30 Premier League matches has forced the Saints to take action.

The axe has fallen two days after the team lost 3-0 to Newcastle United at St James’ Park , which left the club just one point above the relegation zone.
A statement from the club read:

“We would like to place on record our thanks to Mauricio, Carlos and Xavier for their efforts during their time with Southampton, and wish them well for the future.

“The club will look to appoint a new management team as soon as possible, with the search for a replacement already underway.”

The Saints have just eight games left in the season to secure top-flight safety.