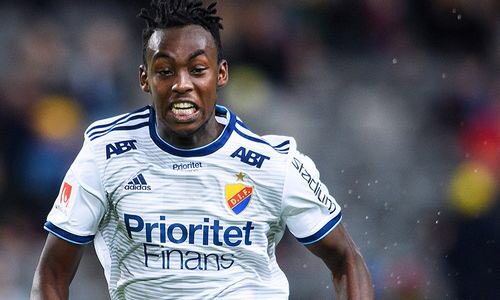 Zimbabwean International striker Tinotenda Kadewere scored the only goal against a disciplined Haecken to earn his side a place in the final of the Swedish Cup.

With the match seemingly headed for a goalless stale mate Kadewere calmly slotted from close range a perfect pass from Kerim Mrabti in the 77th minute.

Wounded Haecken pressed and pushed for an equalizer forcing Djugardens to defend stoutly.

The young 22 year old has started the season on a high having scored 3 goals in the four matches played in the competition so far.

Djurgården will now play the winner between AIK Vs Orebro who play today in the semi final for a spot in the final of the Swedish Cup this weekend.