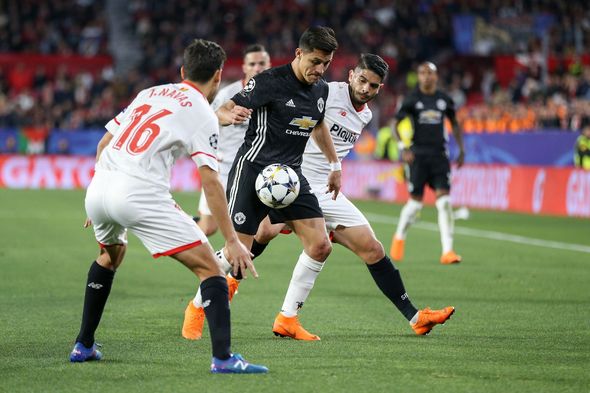 Manchester United are looking to finish the job against a Sevilla side who have never won a round of 16 tie in the UEFA Champions League.

The two teams played to a goalless draw in the first leg a fortnight ago.

Coming off the back of three successive wins, United will be confident of progressing to the last eight. But they will have to deliver without several players.

Ander Herrera, Marcos Rojo, Phil Jones and Daley Blind remain sidelined while Paul Pogba is a doubt for the tie after the 24-year-old missed Saturday’s game against Liverpool through injury. However, Anthony Martial is back and Zlatan Ibrahimovic trained with his United team-mates ahead of the match.

On the other hand, Jesús Navas, the former Manchetsre City winger, will miss the tie through injury while defender Sébastien Corchia is also sidelined.