Ronaldo versus Messi: Scoring race heats up in Spain 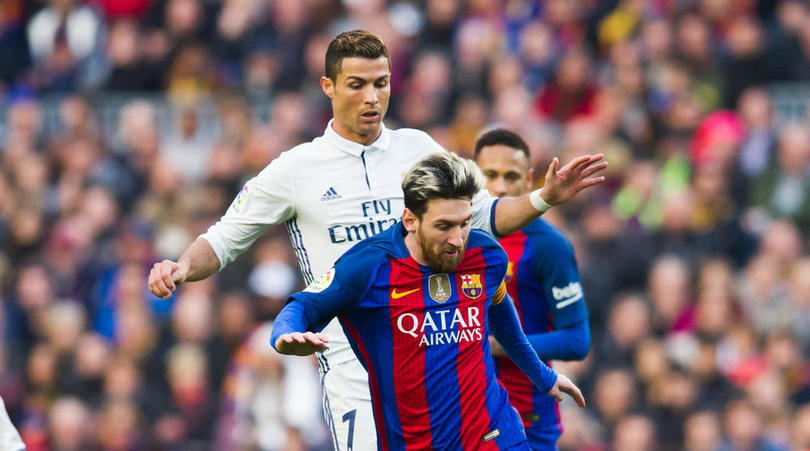 Regardless of who wins the Spanish league title, Lionel Messi and Cristiano Ronaldo will be battling it out to the end.

Real Madrid doesn’t have much chance of keeping Barcelona from winning the league, but Ronaldo is making a strong run to snag the scoring title from Messi with nine matches remaining.

Ronaldo added another four goals in Madrid’s 6-3 win over Girona on Sunday, giving him 22 for the season. That is only three below Messi, who scored his 25th in Barcelona’s 2-0 win over Athletic Bilbao.

Ronaldo has scored at least one goal in his last eight matches in all competitions. He has 21 goals in his last 11 games.

Ronaldo is trying to keep Messi from winning the top-scorer’s ”Pichichi” trophy for the second consecutive year. The Argentina forward scored 37 league goals last season, 12 more than Ronaldo.
Ronaldo hasn’t won the award since 2014-15, when he had 48 goals. That was still shy of Messi’s record of 50 goals in 2011-12.

Despite’s Ronaldo’s impressive run, Madrid’s chances of repeating as league champion remain slim. Madrid trails Barcelona by 15 points after 29 matches. The teams will play again in May in a league match at Camp Nou. They could also meet in the Champions League semifinals or the final.

Messi scored twice against Madrid this season – in a 3-1 loss in the Spanish Super Cup final at the beginning of the season and in a 3-0 win at Santiago Bernabeu Stadium in a league match late last year. Ronaldo scored against the Catalan club in that Spanish Super Cup game.