Bolt has a lot of work to do: Dortmund coach 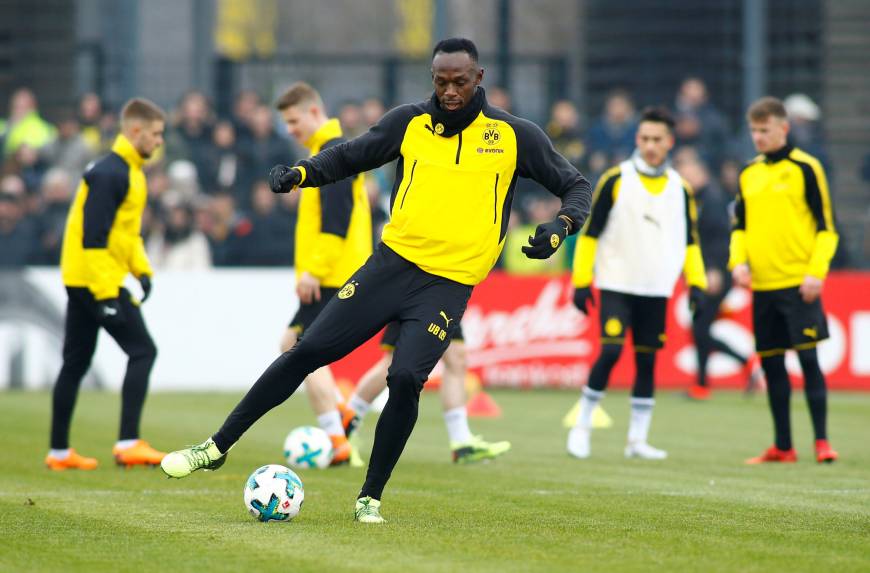 Borussia Dortmund head coach Peter Stoger says Usain Bolt has “a lot of work to do” to become a top-level footballer.

The retired sprinter, who won eight Olympic gold medals, has always harboured hopes of playing for his beloved Manchester United and was involved in an open training session with Dortmund’s first team on Friday.

The Jamaican was pictured training in the famous yellow and black colours of the Bundesliga club, enjoying a session with those that were not selected for international duty.

According to Sky Sports, Stoger recognises the 31-year-old’s talent, but admits he has a long way to go.

“It’s all about procedure and movement, but the most important thing is that he had fun,” he said. “I think he is talented, but when he wants to play at a higher level, he clearly has a lot of work to do.

“The physique he needs for his other sport is completely different from what he needs for football, but it was really fun for us. It was a pleasure for us to meet a guy like him and to work with him.”

The world-record holder in the 100 metres has also been training with South African side Mamelodi Sundowns in January and will participate in a charity match at Old Trafford in June.