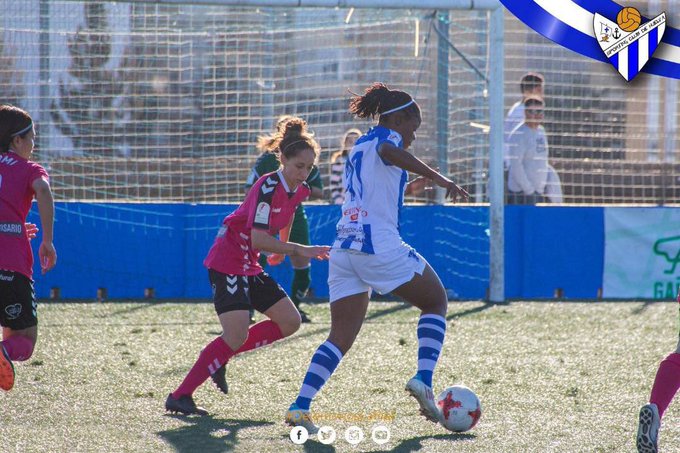 Spain based Mighty Warriors striker Rutendo Makore could miss Zimbabwe’s AWCON qualifier after suffering an injury in her team’s 2-1 loss to Zaragoza in the Spanish Feminina.

The Zimbabwean Striker had a strong game when her Sporting Huelva hosted Zaragoza , but she could miss the upcoming National assignment set for next month in Namibia with a foot injury sustained in that match. She was stretched off the match seemingly in pain in the 54th minute.

She’s set for further examinations to ascertain the extent of the injury and an update on his status should arrive afterwards.

Makore came to Sporting Huelva in December last year on a performance loan from Black Rhinos with an option of sealing a permanent move. Though rocked by injuries the Zimbabwean starlet has risen above shoulders with some memorable performances and scored against giants Barcelona and Atletico Madrid.