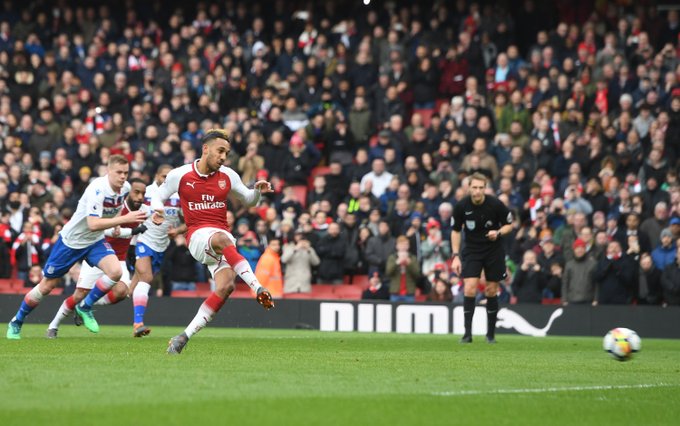 Arsenal have recorded back-to-back victories in the Premier League for the first time since November with a 3-0 win over Stoke City in Sunday’s meeting at the Emirates Stadium.

The Gunners did not opening the scoring until the 75th minute when Pierre-Emerick Aubameyang converted from the spot and after the forward soon netted a second, Alexandre Lacazette completed the scoring with a penalty of his own.

Arsenal close the gap on fifth-placed Chelsea to five points and although the scoreline was harsh on Stoke, the Potters remaining three points away from safety.