CAPS United picked-up their first win of the season following a 2-0 victory over Black Rhinos on Sunday afternoon.

Simba Nhivi scored both goals while Denver Mukamba who is on loan from Dynamos made his first start for the Green Machine.

Mukamba delivered a corner-kick in the 14th minute which found Nhivi in the box who made no mistake, and put the ball into the roof of the net. Rhinos had a chance a few minutes later but Tapiwa Sibanda’s effort went over.

Nhivi completed his brace on the hour mark when Joel Ngozo set him up.

Chauya Chipembere tried to get back into the game but it was too late as the game ended in favour of Makepekepe.

CAPS United are now in the fifth position with six points.

Muleya found the back of the net against Chapungu United in the 90th minute.

In Harare, Herentals were denied twice by the woodwork in their goalless draw against Yadah at Rufaro Stadium.

Blessing Majarira was the first to hit the crossbar before his brother Archmore struck the upright in the second half.

The Students dominated possession but failed to convert any of their many chances they created throughout the game. They remain inside the bottom half in 13th position. 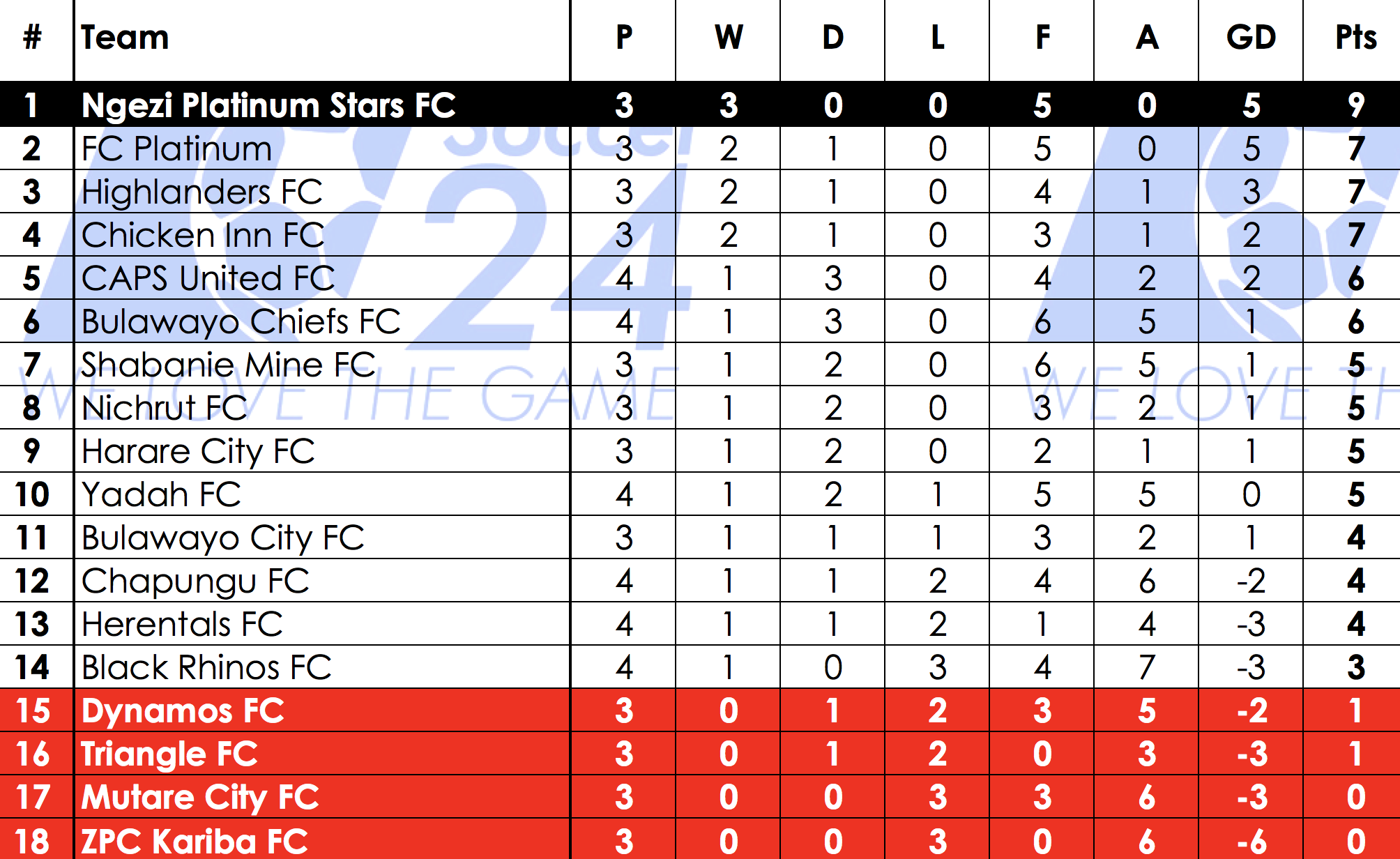