Dynamos’ miserable start to the campaign continues after losing 0-1 to bitter rivals Highlanders in a match played at Rufaro Stadium on Monday.

It was another frustrating afternoon for Lloyd Mutasa and his charges, suffering their third defeat of the season to remain in the drop zone.

A first-half goal from Ozias Zibande was enough for Bosso to move ten points but now on fourth position on the log table.

There were few clear chances created by both teams in the first period. The Bulawayo Giants retained more possession in the opening minutes, getting a freekick on the edge of the box which was skied over by Brian Banda.

Dembare captain Ocean Mushure also took a set-piece 20-yards away which was saved by Ariel Sibanda.

Zibande broke the deadlock on the stroke of half-time when he tapped home a cross from a short range.

After some minutes dominating, the home team thought they have equalised in the 50th minute but Tawanda Macheke was ruled offside by the far side assistant.

Highlanders soon gained momentum and camped inside their opponents’ half. The introduction of Nigel Makumbe changed the complexion of the game as Bosso started to attack.

However, the match ended with no changes on the scoreline, giving Tshilamoya a vital away win.

Elsewhere, Ngezi Platinum moved to 12 points on the log, thanks to Terrence Dzvukamanja’s solitary goal against Nichrut.

At Luveve, Chicken Inn put three past ten-man Shabanie. Obadiah Tarumbwa, Devine Lunga and Darryl Nyandoro were on target for the Gamecocks.

ZPC Kariba’s woes continue to mount as they lost 1-0 to Triangle while Mutare City drew 1-1 against Harare City. 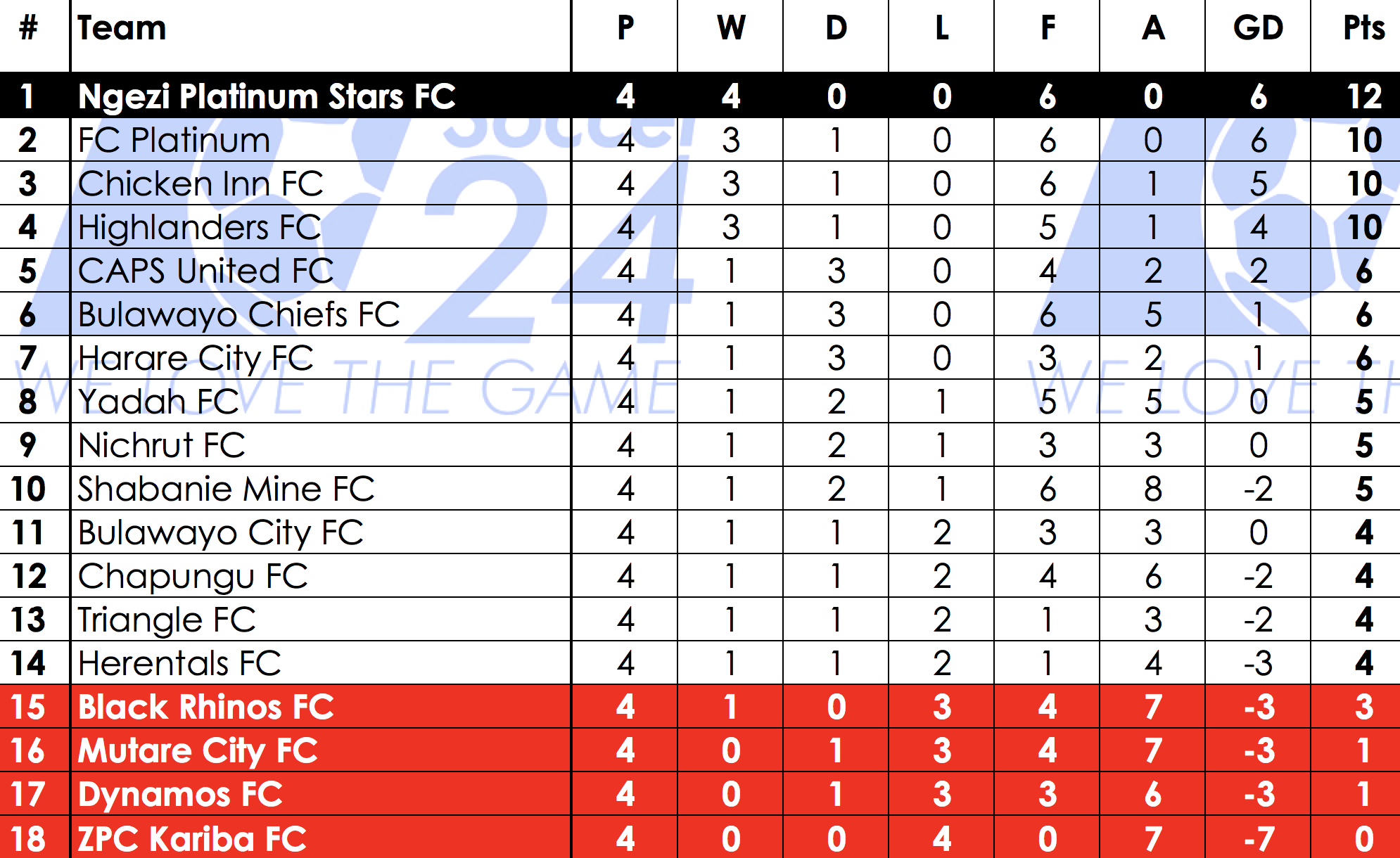