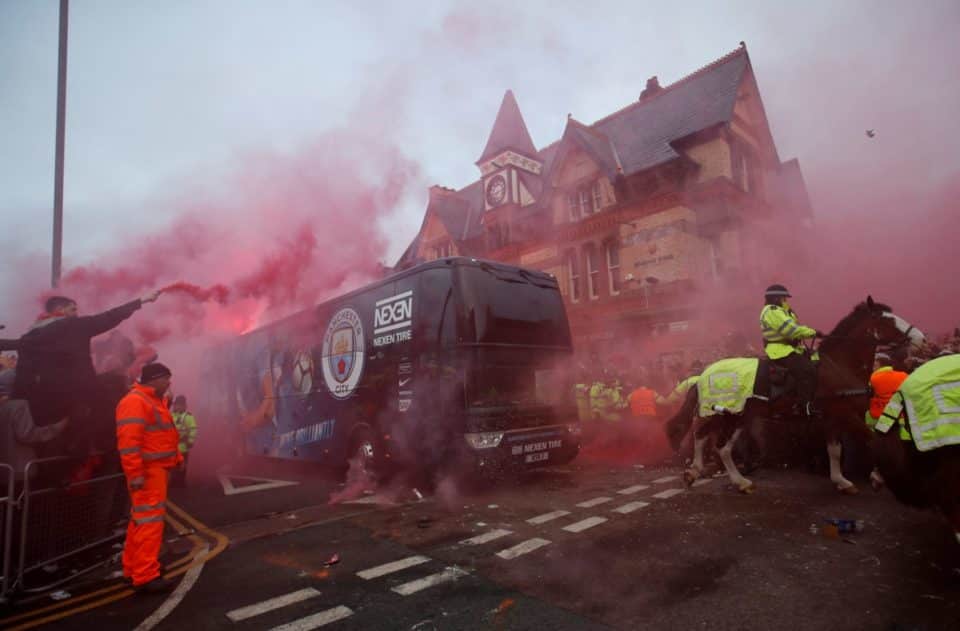 British police have launched an investigation to identify those responsible for an attack on Manchester City’s team bus before their Champions League quarterfinal against Liverpool at Anfield.

Missiles were thrown at the vehicle as it arrived at the stadium on Wednesday ahead of the first leg at Anfield, which Liverpool won 3-0.

“We are aware that damage was caused to the Manchester City team bus as it approached Anfield stadium this evening ahead of the Liverpool v Manchester City match,” said match commander superintendent Paul White.

“Thankfully, no one on the bus was injured, but injuries were caused to two of our officers when projectiles were thrown towards the bus. The officers and stewards are there to protect the public and keep them safe.

“This behaviour by a number of people who threw bottles, cans and pyrotechnics towards the bus is completely unacceptable and we will conduct enquiries to identify who was responsible and bring them to justice.

“We worked very closely with both clubs to ensure the safety of the public and the teams themselves, and it is disappointing to see that a number of people behaved in this appalling way.”

Liverpool released a statement before the match apologising to City over the incident, saying they would cooperate with the authorities to identify those responsible.