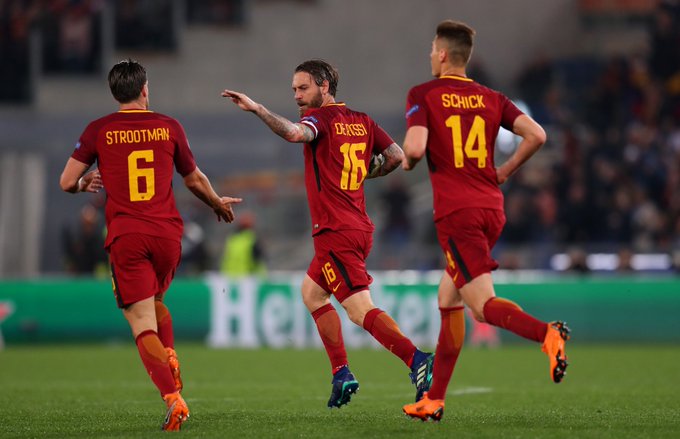 Roma spectacularly booked their spot in the semi-finals of the Champions League courtesy of a 3-0 win over Barcelona in the second leg of their quarter-final in Italy on Tuesday night.

Barcelona entered the match holding a 4-1 advantage from the first leg at Camp Nou, but were eliminated from the competition by an impressive Roma outfit.

A Daniele de Rossi penalty made it 2-0 to the home side in the 58th minute after Edin Dzeko had secured the early breakthrough, before Kostas Manolas headed a third for the Italians in the 82nd minute.

Liverpool also progressed through to the
Champions League semi-finals with a 2-1 win over Manchester City in Tuesday’s clash at the Etihad Stadium.

Gabriel Jesus cut Liverpool’s 3-0 advantage from the first leg within two minutes, but second-half goals from Mohamed Salah and Roberto Firmino ensured that the Merseyside giants progressed 5-1 on aggregate.