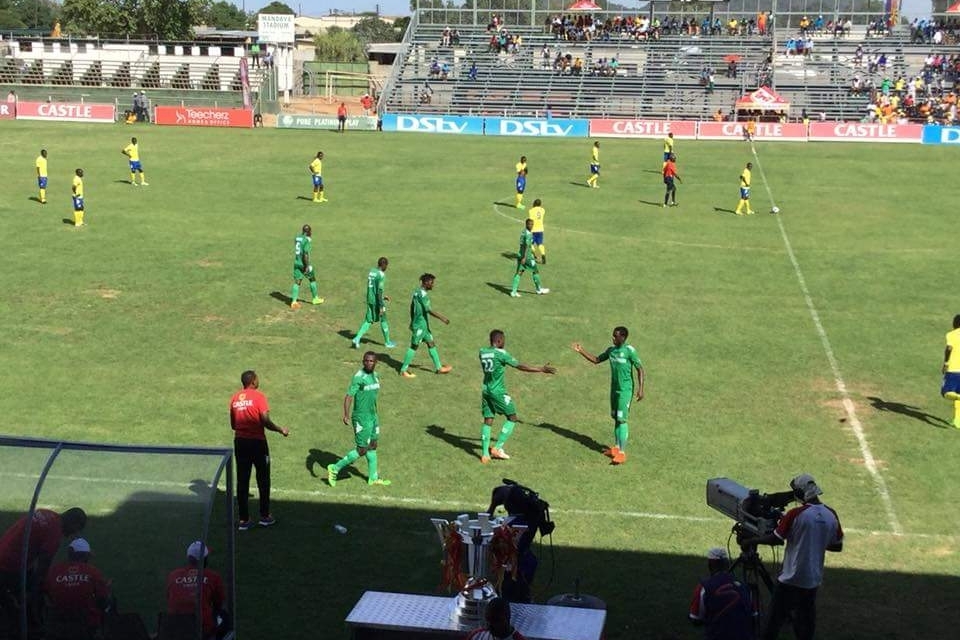 Harare City conceded their first defeat of the season after losing 3-1 to FC Platinum in a match played at Mandava Stadium on Saturday afternoon.

Mkhokheli Dube, Farai Madhananga and Rodwell Chinyengetere scored for the home team while Raymond Uchena netted the consolation for City.

The Sunshine Boys set the pace with two early efforts which went off target. Maxwell Nyamupanedengu, on the other end, was tested for the first time when he saved Ali Sadiki’s strike in the fifth minute.

Pure Platinum Play could have gone ahead in the 27th-minute mark, but Dube’s goal was ruled offside by the assistant referee. He came again a minute later with a flash header and Nyamupanedengu denied him.

As the first half entered into the last ten minutes, Albert Eonde struck the woodwork a few moments before Takudzwa Chimwemwe had his shot touched by the goalkeeper on its way to hit the crossbar.

The action resumed on a high note in the second period with Dube finally finding the back of the net on the 50th minute, pouncing on a loose ball after Jameson Mukombwe’s cross was blocked.

Raymond Uchena equalised for the visitors ten minutes later, but the parity short-lived as Madhananga restored the lead a minute after.

In the 73rd minute, Sadiki delivered a corner kick which was already going straight to the goal. Chinyengetere had a slight touch on the set-piece and it beat the keeper to extend the advantage.

FC Platinum’s third goal seemed to have sucked all the energy in their opponents as City never shown any intent to reduce the deficit.

The match ended 3-1 in favour of the ZVishavane side who moved to the top of the log with 16 points.

Elsewhere, Herentals beat Bulawayo City 2-1. Aaron Chiwandamidza and William Kapumha scored for the Students while Timothy January was on target for Amakhosi.

ZPC Kariba got their first goal of the season in a 1-1 draw against Nichrut at Ascot Stadium. Substitute Moses Demera equalised on the 50th-minute mark after Tatenda Hapazari grabbed an early lead for Nichrut in the 9th minute. 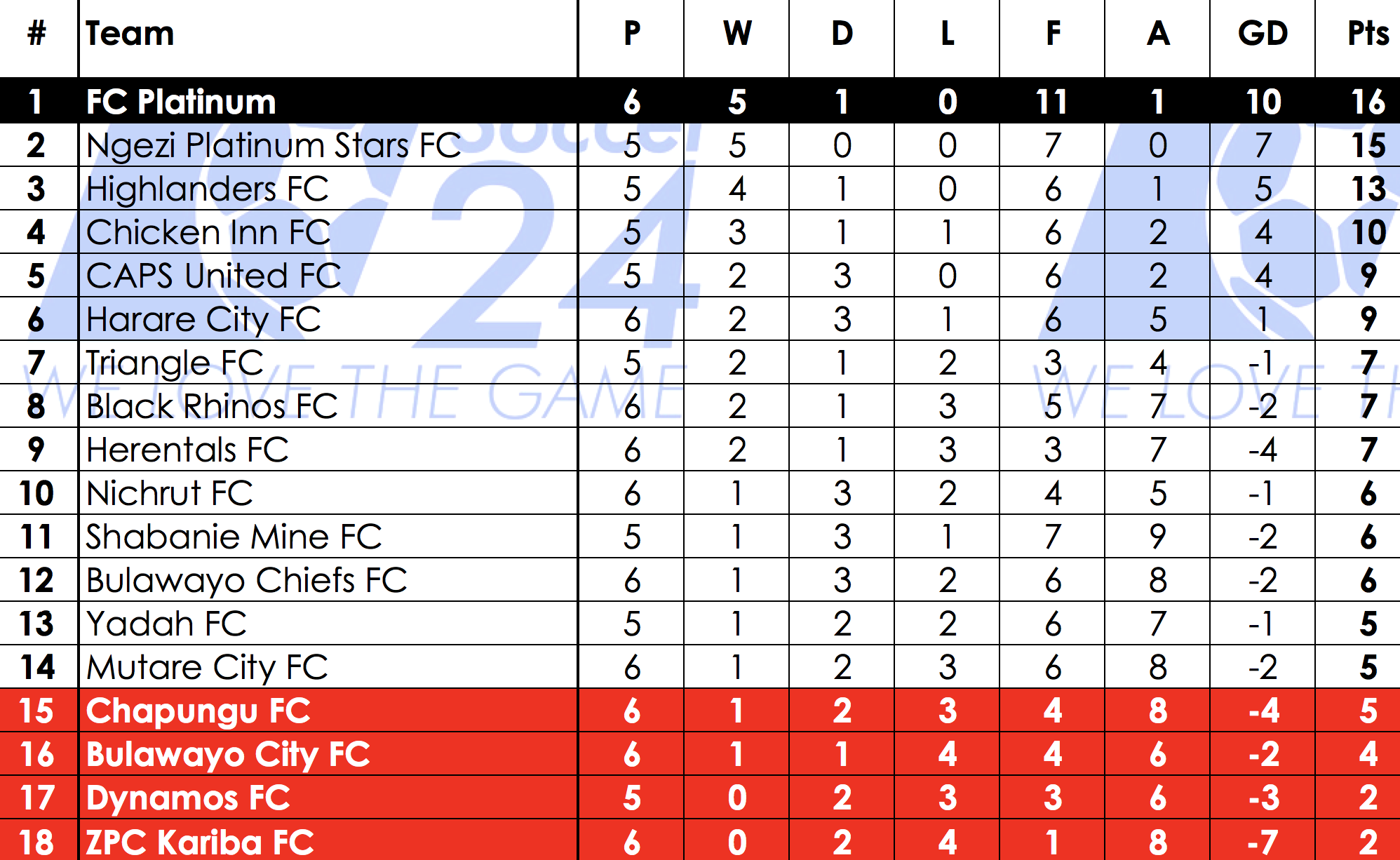