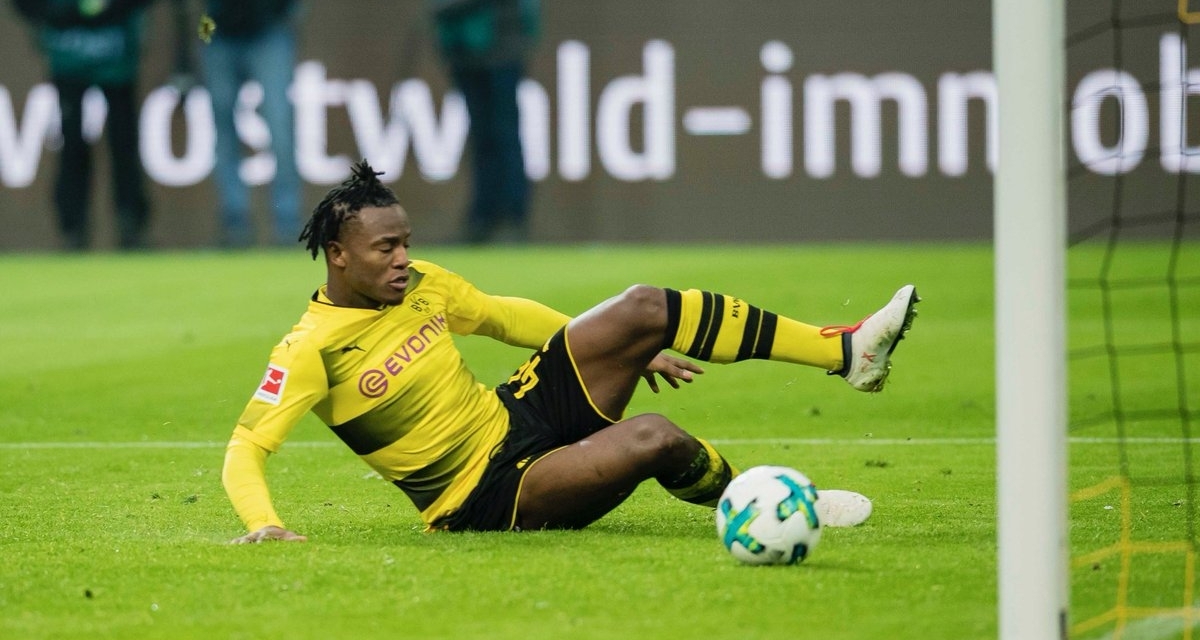 Michy Batshuayi is a major doubt for this winter’s World Cup after being ruled out for the remainder of the season.

The Borussia Dortmund striker, on loan from Chelsea, was was taken off on a stretcher against Schalke, having appeared to roll his ankle.

The 24-year-old posted on his social media channel:

Dortmund also confirmed the news and tweeted: “@mbatshuayi has suffered an ankle injury in the derby at @s04 and is likely to be out for the rest of the season. Playing for the Belgian national team at the World Cup in Russia is possible. Get well soon, Michy!”