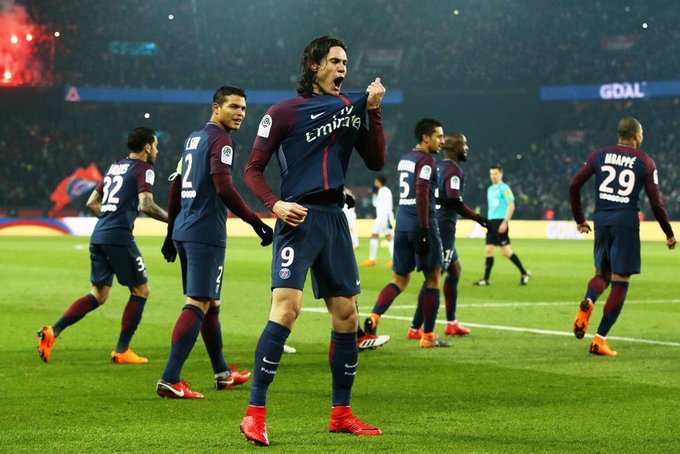 Paris St-Germain regained the Ligue 1 title in style after an emphatic victory over defending champions Monaco at the Parc des Princes.

A devastating display from PSG gave the Qatar-owned club an unassailable 17-point lead over second-placed Monaco.

Giovani lo Celso and Angel di Maria both scored twice while Edinson Cavani and Julian Draxler were also on target.

Radamel Falcao scored an own goal as Rony Lopes netted a consolation for Monaco in a one-sided contest.