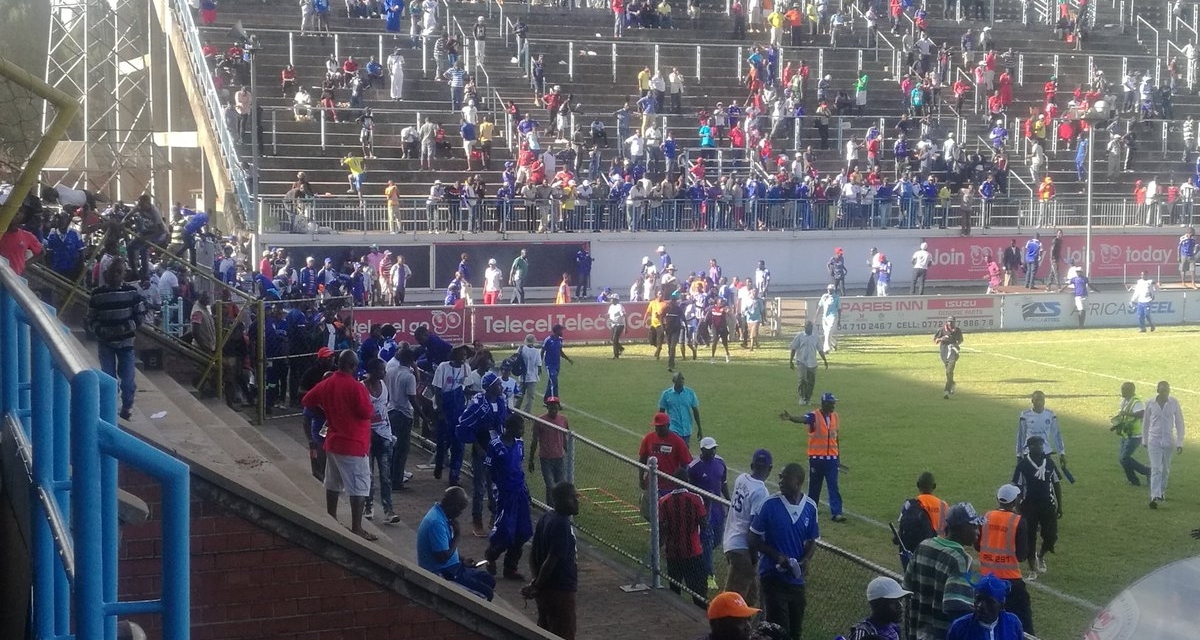 The Premier Soccer League has released a statement on the game between Dynamos and Yadah which was marred by chaos during the half-time.

The mayhem was caused by a tear gas canister which was fired accidentally by a police officer. Fans who were sitting at the Vietnam Stand retaliated and started to attack the officers.

The second half had to be delayed by 20 minutes as the people invaded the pitch. The order was only restored when fans dispersed after another canister was fired.

Here is a statement by PSL:

We have received the referee’s report, however we are awaiting reports from the match commissioner and Dynamos FC on what transpired during the said match.

We further advise that we have written to the Zimbabwe Republic Police seeking clarification on why they released tear smoke inside the stadium during the match.

We will issue a statement after we have reviewed the said reports.

We would like to remind our stakeholders that our stadia should remain peaceful spaces where fans can enjoy the beautiful game of football.