Ngezi back on top as Chiefs stun FCP

Ngezi returned to the top of the table while FC Platinum suffered their first defeat of the season in league matches played on Saturday afternoon.

Madamburo beat Mutare City 2-1 to move to nineteen points. Jeffreys Takunda scored an own goal which gave the home team an early advantage, 8 minutes into the game.

Walter Mukanga had two glorious chances just after the 20th-minute mark, but both of his efforts failed to restore Ngezi’s lead. His first strike was saved by the keeper before trying a bicycle kick which missed the target three minutes later.

Rovers quickly responded when Takunda Sadiki had his shot saved just before the half-hour mark.

There was a penalty appeal which was turned down by the referee in the second half when Terrence Dzvukamanja was fouled inside the box.

Dzvukamanja delivered a corner kick in the 89th minute which was converted by Xolisani Moyo after the keeper failed to clear his lines.

The game ended 2-1 in favour of Ngezi.

At Luveve, Bulawayo Chiefs stunned FC Platinum when they won 2-0.

The Pure Platinum Play were favourites ahead of the clash considering their six-match unbeaten run which saw them dropping points once.

The visitors dominated possession in the opening minutes, but Chiefs took the lead on the 28th-minute mark from a counter. Moses Majika doubled the lead on the stroke of half-time with a well-executed freekick which sailed through to the back of the net.

FC Platinum made few threatening chances in the second period, but they failed to pull back one.

The defeat has left them three points behind new leaders while Bulawayo Chiefs move to nine points.

Timothy January mopped home a rebound after Sipho Ndlovu’s penalty was saved to send City into the lead with five minutes to the break. Kudzai Chigwida grabbed a late equaliser for United before Courage Denias put the game to death in the 88th minute.

The encounter between ZPC Kariba and Chicken Inn ended 1-1 while Harare City and Black Rhinos played to a goalless draw. Nichrut beat Yadah 2-0. 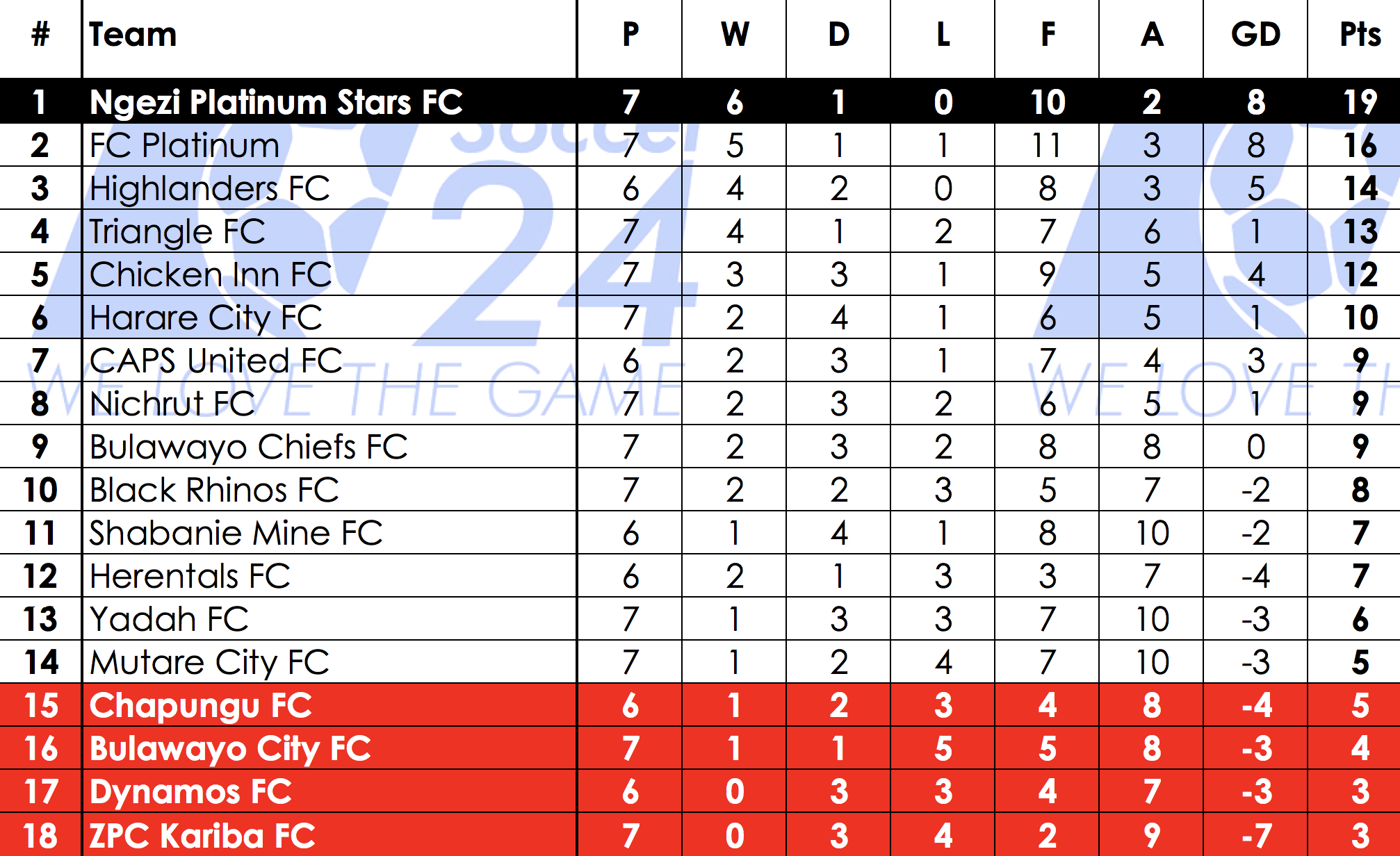