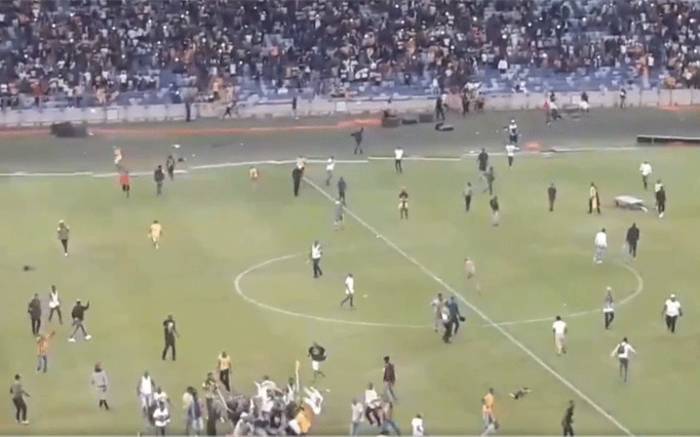 Kaizer Chiefs supporters invaded the pitch just after the full-time whistle and chased the players who ran to the tunnel following their team’s loss to the Free State Stars in the Nedbank Cup on Saturday night.

Amakhosi were dumped out of the Cup after losing 2-0.

In another video, fans could be seen kicking and beating a female security guard. One fan kicked her in the upper chest, a kick that collapsed her to the ground.

Don't let Steve Kompela's resignation distract you from the fact that Kaizer Chiefs fans (mostly men) beat up a female security guard until she was unconscious. #NedbankCup pic.twitter.com/payco4fQPM

Absolutely diabolical scenes at Moses Mabhida Stadium tonight. Kaizer Chiefs will be in big trouble for this. Unacceptable from the supporters.

Meanwhile, Chiefs were recently fined a R250,000 fine for spectator misbehaviour and are likely to receive another heavy fine.