Leroy Sane has been piling the praise on Pep Guardiola 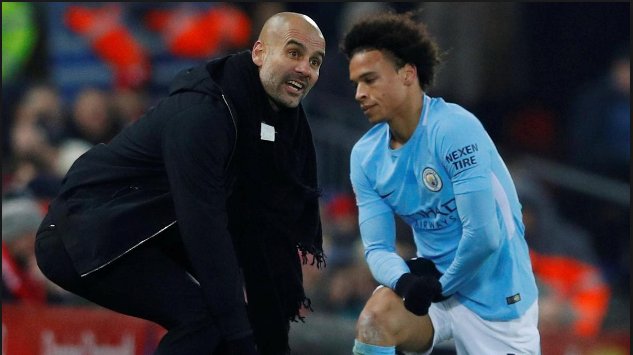 Manchester City playmaker Leroy Sane has hailed Pep Guardiola as the “best coach in the world”, crediting the manager for improving the team’s overall performance which culminated in their Premier League triumph this season.

German Sane has been key to City’s title charge this campaign, with the 22-year-old scoring nine goals and providing 12 assists which also earned him the PFA’s Young Player of the Year award.

“He is, for me, the best coach in the world,” Sane told Sky Sports of Guardiola. “Everyone can see that we’ve improved a lot and have taken the next step.

“He always tries to get the best and show us the way to play good football.”
Sane, who joined City in 2016, also described the team as “perfect” and credited their efforts in helping him win the award.

“I’m really grateful because the team is perfect,” Sane added. “They are all really good guys and we work really hard.

“To play with fantastic players like we have in our team is great. Thankfully the club gave me the chance to do it and I enjoy it a lot.”

City, who blanked Swansea City 5-0 on Sunday, will be eager to continue their blistering league form when they travel to West Ham United next weekend.