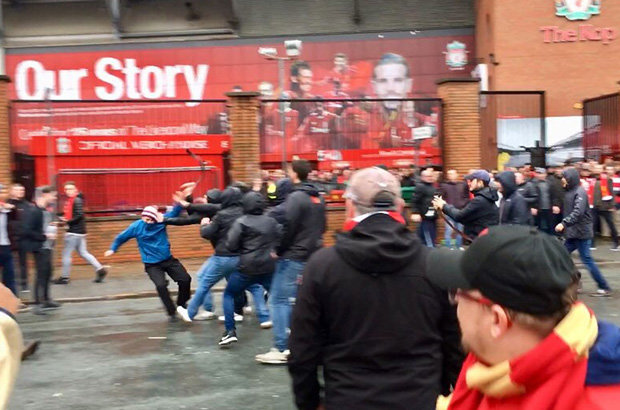 Two Roma fans were arrested on suspicion of attempted murder after a 53-year-old Liverpool fan was left in a critical condition outside the stadium just before the Champions League semi-final on Tuesday night.

According to online reports, trouble erupted a few moments before kick-off as Roma fans attacked the home crowd.

In a statement, the Italian side said it condemned in “the strongest possible terms the abhorrent behaviour of a small minority of travelling fans who brought shame on the club and the vast majority of Roma’s well-behaved supporters”.