Oxlade-Chamberlain midfielder out of World Cup 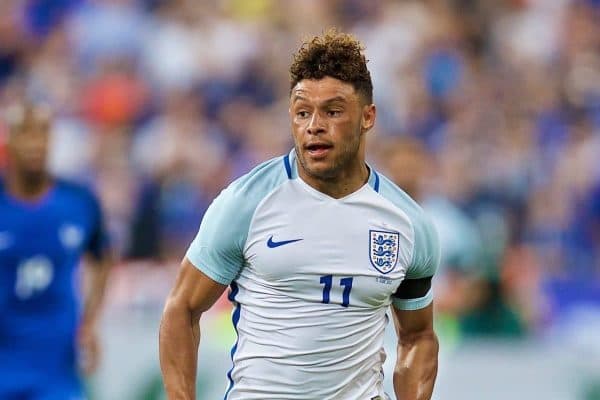 England’s Alex Oxlade-Chamberlain will miss the World Cup this winter after injuring a knee during Liverpool’s Champions League tie against Roma.

The 24-year-old midfielder was taken off on a stretcher in the 15th minute of Tuesday’s match at Anfield after challenging Aleksandar Kolarov.

He had a scan on Wednesday which revealed a knee ligament injury.

“The extent of the injury means Oxlade-Chamberlain is set to miss the remainder of the campaign for Liverpool, as well as the World Cup in Russia with England,” Liverpool said in a statement.

“Oxlade-Chamberlain will now begin a rehabilitation programme to enable him to reach full fitness again as soon as possible, returning to action next season.”

The Reds added there would be “no specific timescale” on the former Arsenal player’s return.

Oxlade-Chamberlain, capped 32 times, joined the Anfield side from the Gunners last summer for £35m and has made 41 appearances in all competitions, scoring five goals.

Liverpool beat Roma 5-2 in the first leg of their Champions League semi-final tie, with the return leg in Italy next Wednesday.

England will face Belgium, Panama and Tunisia in Group G at the World Cup, which begins on 14 June.