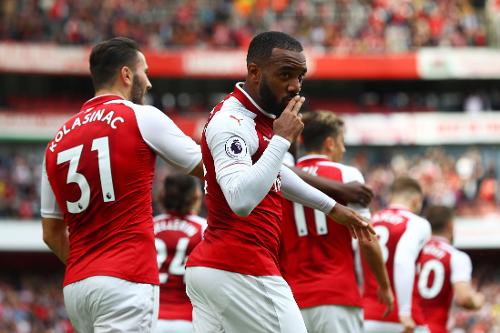 Arsenal were held to a 1-1 draw by
Atletico Madrid in the first leg of their Europa League semi-final, despite playing against 10 men for the majority of Thursday’s match at the Emirates Stadium.

Atletico defender Sime Vrsaljko was dismissed for two yellow cards after just 10 minutes but despite Alexandre Lacazette giving Arsenal the lead, a late goal from Antoine Griezmann has swung the tie in the La Liga side’s favour.

Arsene Wenger ‘s team must now score in the Wanda Metropolitano next week to maintain any hope of the long-serving boss experiencing a fairytale finale in Lyon.

In the other semi, Marseille defeated Red Bull Salzburg 2-0 at the Stade Veledrome to take control of their
Europa League semi-final tie with the Austrian side.

Marseille made it eight wins in their last nine European home ties through goals from Florian Thauvin and substitute Clinton Njie either side of half time.