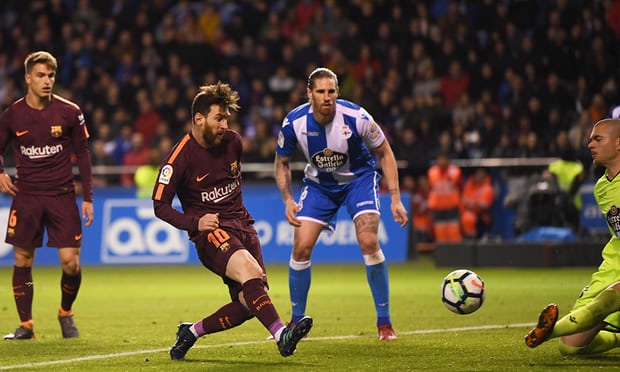 A hat-trick from Lionel Messi sealed the La Liga title for Barcelona as they beat Deportivo La Coruna 4-2 on Sunday evening.

Barca took a two-goal lead with Philippe Coutinho (7) and Messi (38) netting before Lucas Perez (40) deservedly pulled a goal back for Depor in the first half.

The hosts got themselves level through Emre Colak (64) but Messi netted a quick-fire double late on (82 and 85) to round off his hat-trick and ensure that the La Liga trophy returns to the Nou Camp.

The treble saw Messi setting another record in his glittering Barca career after becoming the first player to score 30 goals or more in seven different seasons in La Liga.

It also took him ahead of Mohamed Salah in the race to win the Golden Shoe as he is now on 32 league goals for the season, compared to the Liverpool forward’s tally of 31.