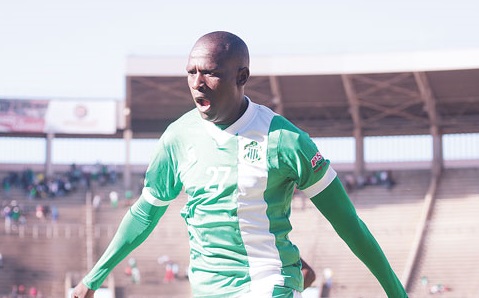 Caps United striker Simba Nhivi is hoping for ‘divine’ guidance once again when his side faces Chicken Inn at National Sports Stadium today.

Nhivi was the hero for the of the day at Nichrut on Saturday when he mastered a two-goal deficit overhaul with a hat trick that gave Makepekepe a 4-3 victory.

“I am a religious man. I am a member of the Zion Christian Church, and I have always prayed for guidance. I train hard, but God has always led the way for me, and I am grateful for that,” said Nhivi.

“My focus is now on keeping on scoring in the match against Chicken Inn. Of course, after scoring I get all the attention, but for me, the team comes first. We need to continue with our normal approach to games and not to underestimate our opponents.”

Nhivi became the first player to score a hat-trick this season which also saw Caps United get their first win outside Harare this season.